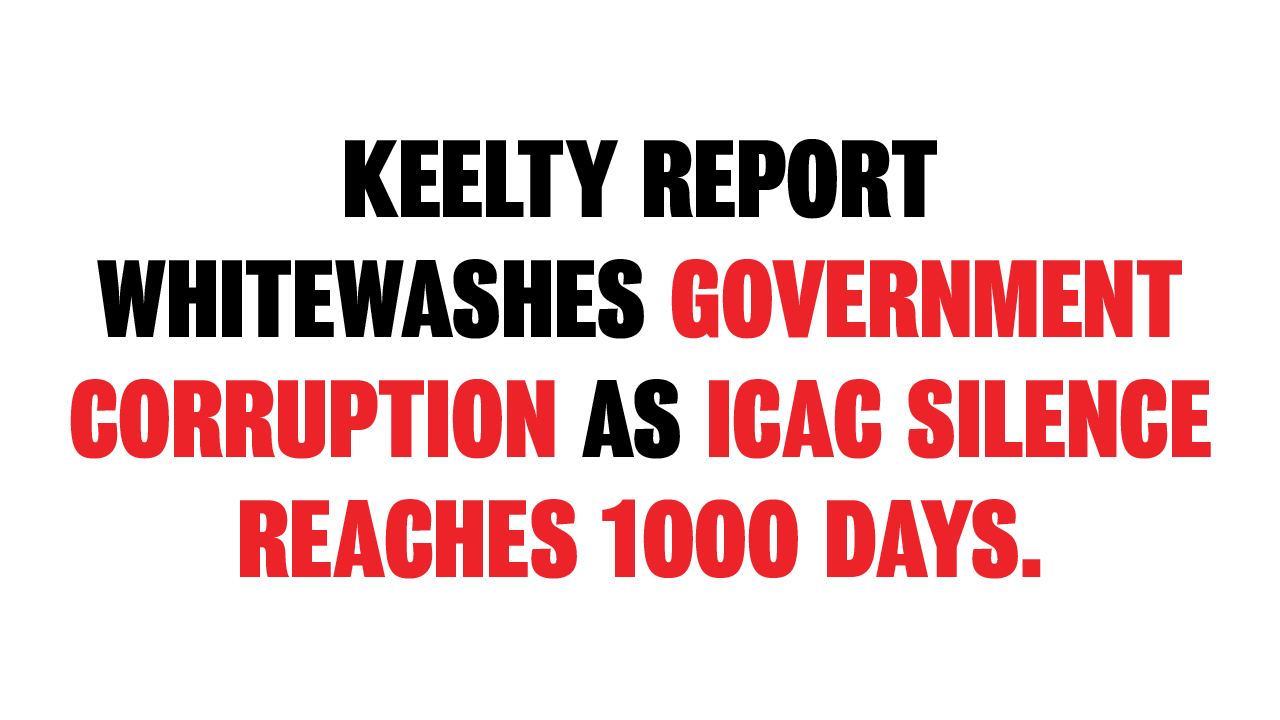 The NSW Government must explain why its corruption watchdog has not reported on its inquiry into water corruption for three years, says SFF Murray MP Helen Dalton.

“So why has the Independent Commission Against Corruption (ICAC) been so silent on its Murray Darling inquiry - which commenced exactly 1,000 days ago”

“There no info on ICAC’s website. No update. No report. No timeline.”

The NSW premier refused to answer questions on notice on the ICAC inquiry put to her by Mrs Dalton in November.

“We know the NSW Government audited ICAC, perhaps threatening to cut its budget. Now, we hear ICAC offices are shut due to Covid-19,” Mrs Dalton said

“We deserve an explanation from the NSW Government. Is this inquiry still active, and why is it taking so long?”