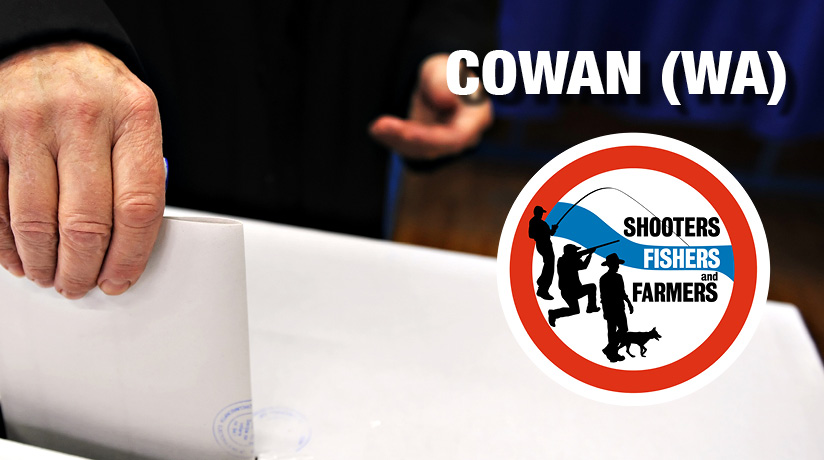 With six representatives elected in three states (including Rick Mazza MLC and Nigel Hallett MLC in the WA Parliament), the 2016 Federal election is our chance to elect our first House of Representatives MP for the Shooters, Fishers and Farmers Party.  Our candidate for the Cowan Division is Jamie Chester.

How to Vote for us in Cowan (WA)

Here's how to vote for the Shooters, Fishers and Farmers Party in the Western Australian Division of Cowan. 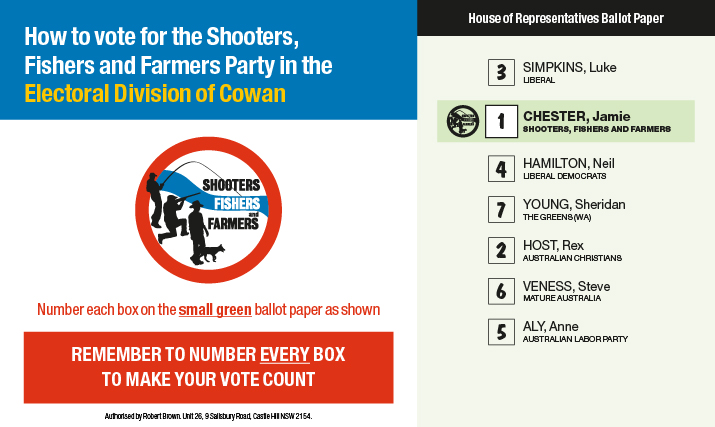 Here is our candidate for the Cowan Division in Western Australia: 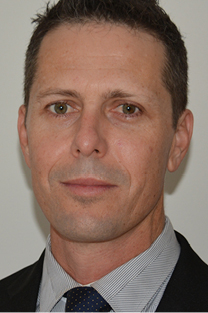 As a qualified marine biologist and photojournalist for fishing magazine Western Angler, Jamie Chester knows the key issues facing Western Australian fishers.  He can fight back at the anti-fishing sentiment with the latest scientific evidence.

He has been an advocate for recreational fishing for 15 years and previously fought for the rights of anglers as part of the Recfishwest board.

Jamie is a Western Australian candidate for the Shooters, Fishers and Farmers Party in Cowan because he wants to stop recreational fishers being locked out of marine parks, and promote sustainable fishing policy.