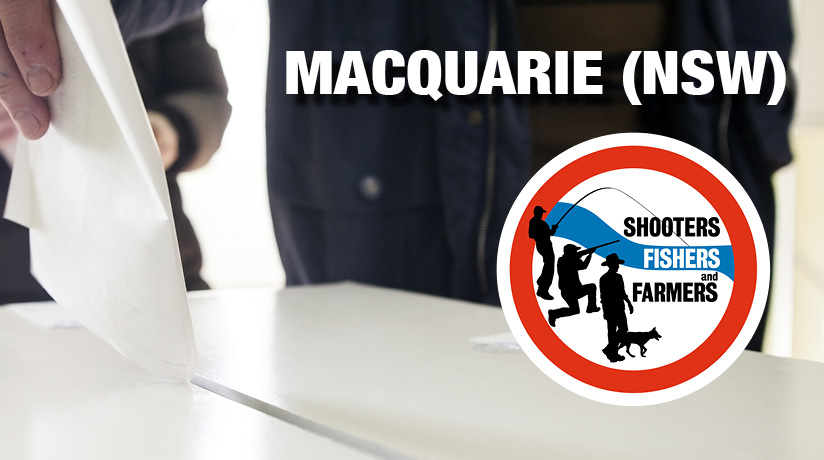 With six representatives elected in three states (including Robert Brown MLC and Robert Borsak MLC in the NSW Parliament), the 2016 Federal election is our chance to elect our first House of Representatives MP for the Shooters, Fishers and Farmers Party.  Our candidate for the Macquarie Division in New South Wales is Jake Grizelj.

How to Vote for us in Macquarie (NSW)

Here's how to vote for the Shooters, Fishers and Farmers Party in the New South Wales Division of Macquarie. 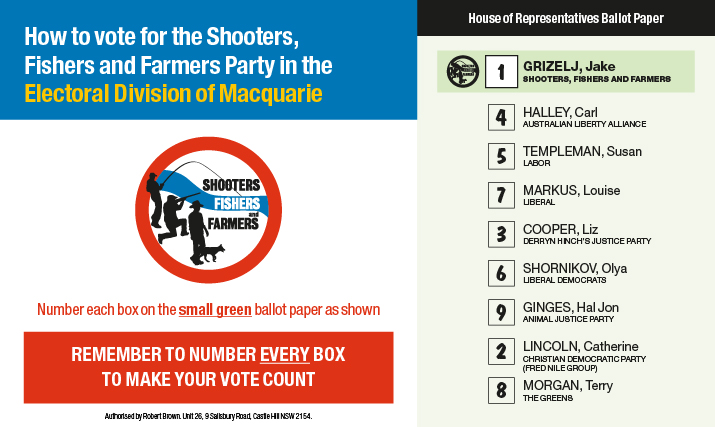 Here is our candidate for the Macquarie Division in New South Wales: 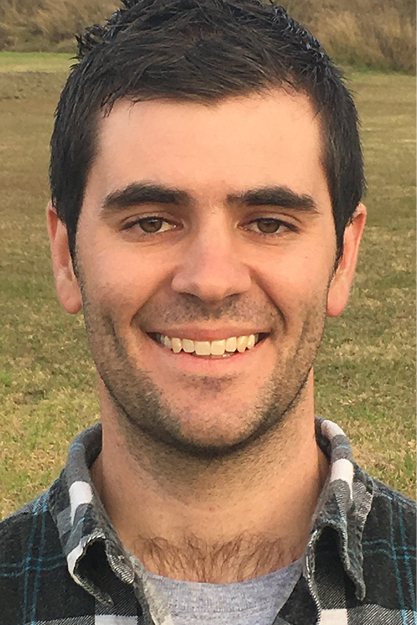 As a tradesman, Jake Grizelj is sick of having his profession used as a token pin-up by the major parties when they’re putting forward policy he doesn’t support. That’s why he’s standing as a candidate for the Shooters, Fishers and Farmers Party in the Macquarie Division.

While he’s a keen shooter and firearm collector (holding category A, B, G and H licences) he also knows that farmers and people in the outer west of Sydney have been forgotten by the major parties. Jake’s been hunting and fishing all over New South Wales, Queensland and Victoria since age 5, and he believes that it’s an experience everybody should be able to share with their friends and family.

He’s passionate about the outdoors and believes that our natural wonders should be opened up for everybody to enjoy sustainably, while conserving them for future generations. According to Jake, Government shouldn’t simply be focused on locking up our National Parks or stopping people from fishing in marine parks: there’s no reason why these activities can’t continue in ways that still reaches the goals of these conservation areas.

Jake knows that it has been only the Shooters, Fishers and Farmers Party who are standing up for farmers’ right to farm, and supported the NSW Farmers Association in overturning restrictions on land management. The party currently has six MPs in State Parliaments across the country and Jake is looking to be their first in the Federal Parliament, so that he can bring common sense back to Government.