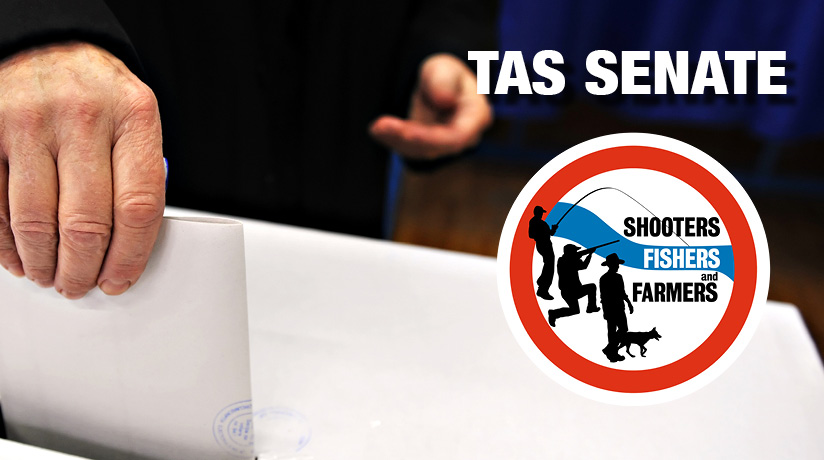 Meet our 2016 Senate candidates for Tasmania

With six representatives elected in three states, the 2016 Federal election is our chance to elect our first Senator for the Shooters, Fishers and Farmers Party.  Our candidates for the Senate in Tasmania are Matthew Allen and Ricky Midson.

How to Vote for us in Tasmania

Here's how to vote for the Shooters, Fishers and Farmers Party in Tasmania's Senate election. 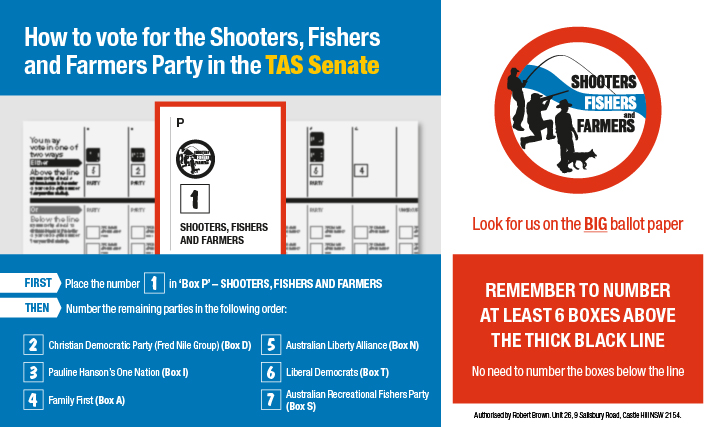 Here are our candidates for the Senate in Tasmania. 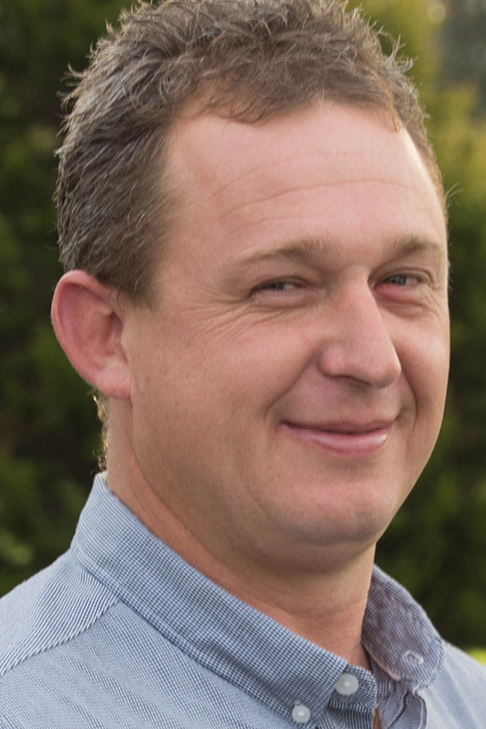 He is an advocate for hunters, having 15-years involvement with the Australian Deer Association, and being Chairman of the Tasmanian Deer Advisory Committee for the past six years.

Matthew is running as Tasmania’s lead Senate candidate for the Shooters, Fishers and Farmers Party because he's passionate about fighting to maintain the rights of conservation hunters and fishers and stopping their unfair vilification.  He wants to ensure that his son, Hayden, can have the opportunity to enjoy the outdoors the same way he has throughout his life. 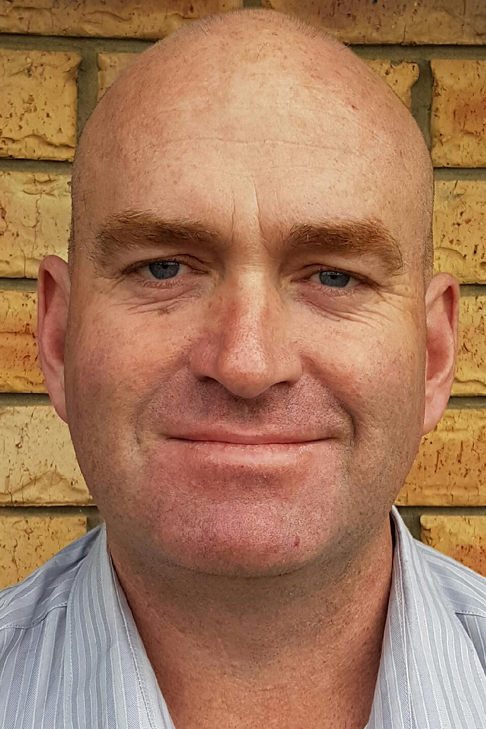 Ricky Midson has a proud record of Serving the community with experience in the Australian Army and the Tasmanian Volunteer Fire Service.  With his wife, Rachelle, and son two children behind him, he brings the ‘can-do’ and ‘never give-in’ attitude of an Australian Digger to fight for Tasmanians in the Senate.

He currently owns and operates Training Services Tasmania and is at the forefront of building the State’s future smart and skilled workforce.  He also is a keen hunter and fisher, as well as enjoying camping, four-wheel driving, and snorkelling.

Ricky is running as a Senate candidate for the Shooters, Fishers and Farmers Party because he’s passionate about safeguarding the opportunities and access for outdoor recreation he’s enjoyed for his two children.