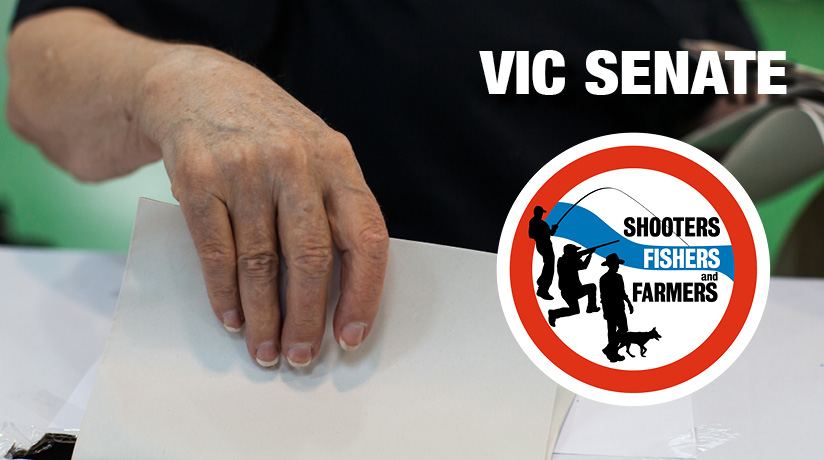 Meet our 2016 Senate candidates for Victoria

With six representatives elected in three states (including Jeff Bourman and Daniel Young in the Victorian Parliament), the 2016 Federal election is our chance to elect our first Senator for the Shooters, Fishers and Farmers Party.  Our candidates for the Senate in Victoria are Jake Wilson and Ethan Constantinou.

How to Vote for us in Victoria

Here's how to vote for the Shooters, Fishers and Farmers Party in Victoria's Senate election. 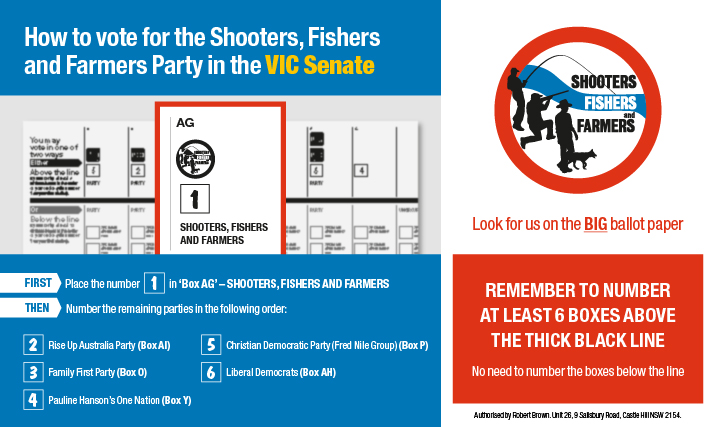 Here are our candidates for the Senate in Victoria. 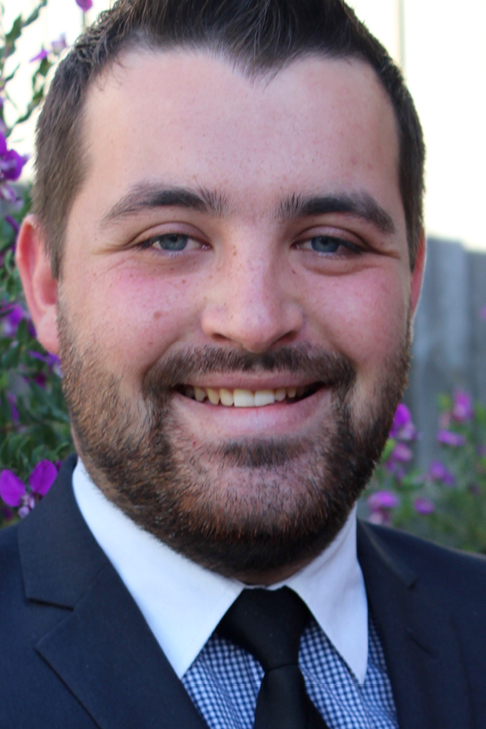 Seven years of service in transport in the Australian Army and Army Reserve have given Jake Wilson the drive to deliver for Victorians in the Senate.  Jake’s civilian career has also been in the transport industry where he knows the issues facing truck drivers and transportation operators.  With his fiancée, Brittany, and son, Griffin, behind him, he brings the ‘can-do’ and ‘never give-in’ attitude of an Australian Digger to keep Australia moving.

He is passionate about fishing as well as motorbike riding, and has enjoyed sporting shooting since he was 12 years-old.  He gives back to the community in his support of Soldier On, Mates4Mates, as well as other military and veteran welfare organisations.

Jake is running as the lead Victorian Senate candidate for the Shooters, Fishers and Farmers Party because he wants to ensure that the same shooting, fishing and outdoor recreation opportunities he’s loved are able to be enjoyed by his son, Griffin. 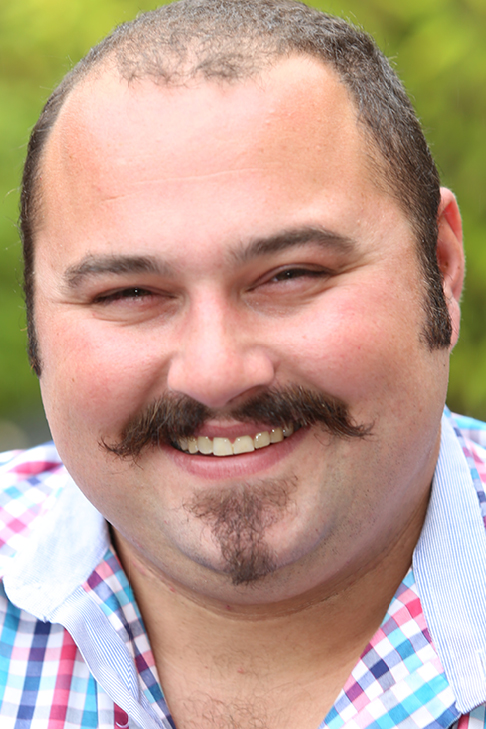 Growing up in Gordon, near Ballarat, and now working in construction in Melbourne, Ethan Conatantinou knows about the issues affecting people in rural Victoria and understands what’s needed to build for the future.

He is a passionate shooter and four-wheel driver, and through organising the Patrol4x4.com National Meetup every year, he’s raised over $9,000 for charity.  He also enjoys camping and remote area exploration, and believes our natural wonders should be opened-up to be enjoyed by everybody, not locked-up by the city-centric Greens.

Ethan is running as a Victorian Senate candidate for the Shooters, Fishers and Farmers Party because he wants to stand against the city-centric policies urban lawmakers force on rural areas.