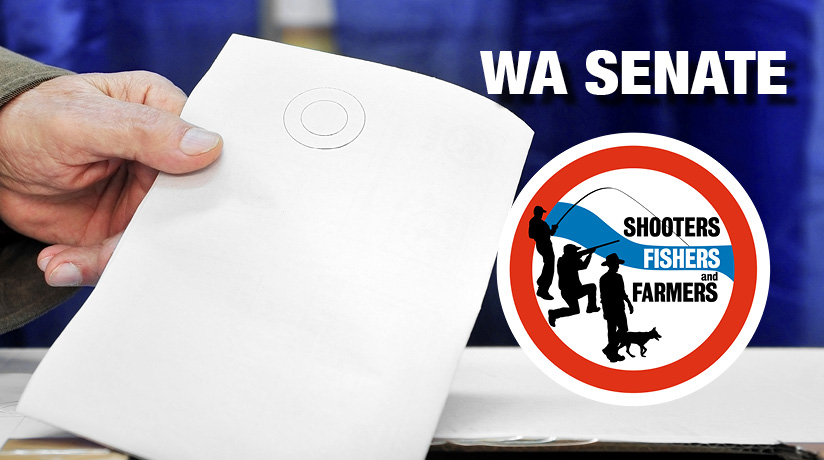 With six representatives elected in three states (including Rick Mazza MLC and Nigel Hallett MLC in the WA Parliament), the 2016 Federal election is our chance to elect our first Senator for the Shooters, Fishers and Farmers Party.  Our candidates for the Senate in Western Australia are Andrew Skerritt and Ross Williamson.

How to Vote for us in Western Australia

Here's how to vote for the Shooters, Fishers and Farmers Party in Western Australia's Senate election. 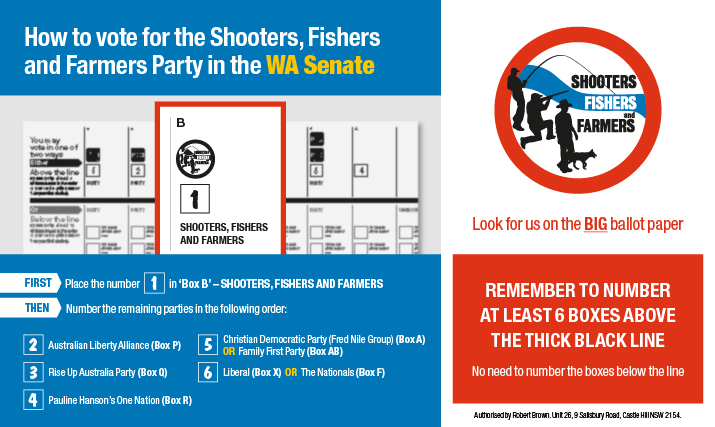 Here are our candidates for the Senate in Western Australia. 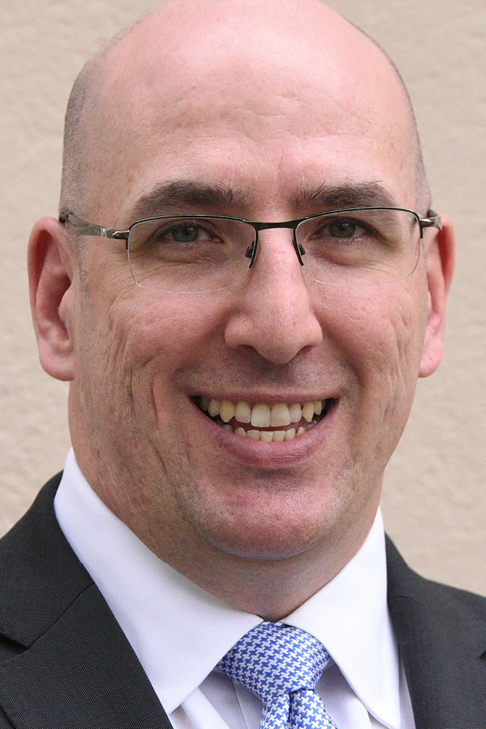 Andrew Skerritt knows that West Australians who enjoy shooting, hunting and fishing - as well as farmers on the land - need a strong voice to protect their rights from ill-informed politicians and an aggressive media.  He’s seen their rights taken away for too long and believes this must be stopped.

As a criminal law and commercial law barrister, he’s represented countless shooters and farmers and understands how they are getting a raw deal in the eyes of the law.  His family run a small farm in Narrogin, WA, and he’s been shooting, fishing and farming his entire life.

Andrew is running as Western Australia’s lead candidate for the Shooters, Fishers and Farmers Party because he wants to fight for the freedom of everybody to enjoy our way of life.  He also wants to shed light on the negative stigma and blatant opportunism from anti-firearms campaigners. 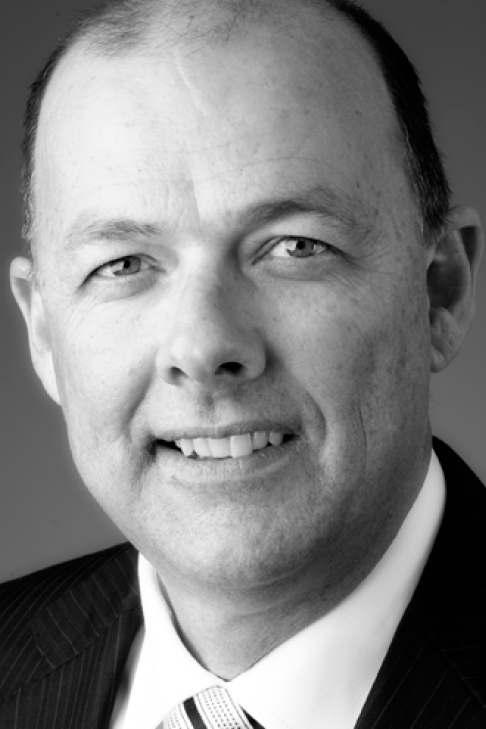 Ross Williamson is a successful criminal defence barrister and Australia’s most experienced firearms lawyer.  He has fought for shooters in the High Court of Australia as well as the Western Australian Supreme Court, and is the first lawyer in the country to specifically specialise in firearms cases.

Among his achievements is his work with the Pastoralist and Graziers Association to change the law so that cattle station workers could have handguns.

He sees the 1992 ban on duck hunting in WA and the debate surrounding the 1996 National Firearms Agreement among some of the worst cases of the demonization of private firearm ownership. Growing up as a farmer’s son himself, Ross used firearms everyday as a child and still is a keen hunter.

Ross is a Western Australian Senate candidate for the Shooters, Fishers and Farmers Party because he wants to take his experience interpreting Australia’s firearms laws towards drafting new reforms that bring back balance for shooters.  At the State level, he has already made an extensive submission to the Law Reform Commission of Western Australia to improve firearms legislation.

He is also keen to expose the anti-firearm viewpoint for what it truly is: ill-informed nonsense.