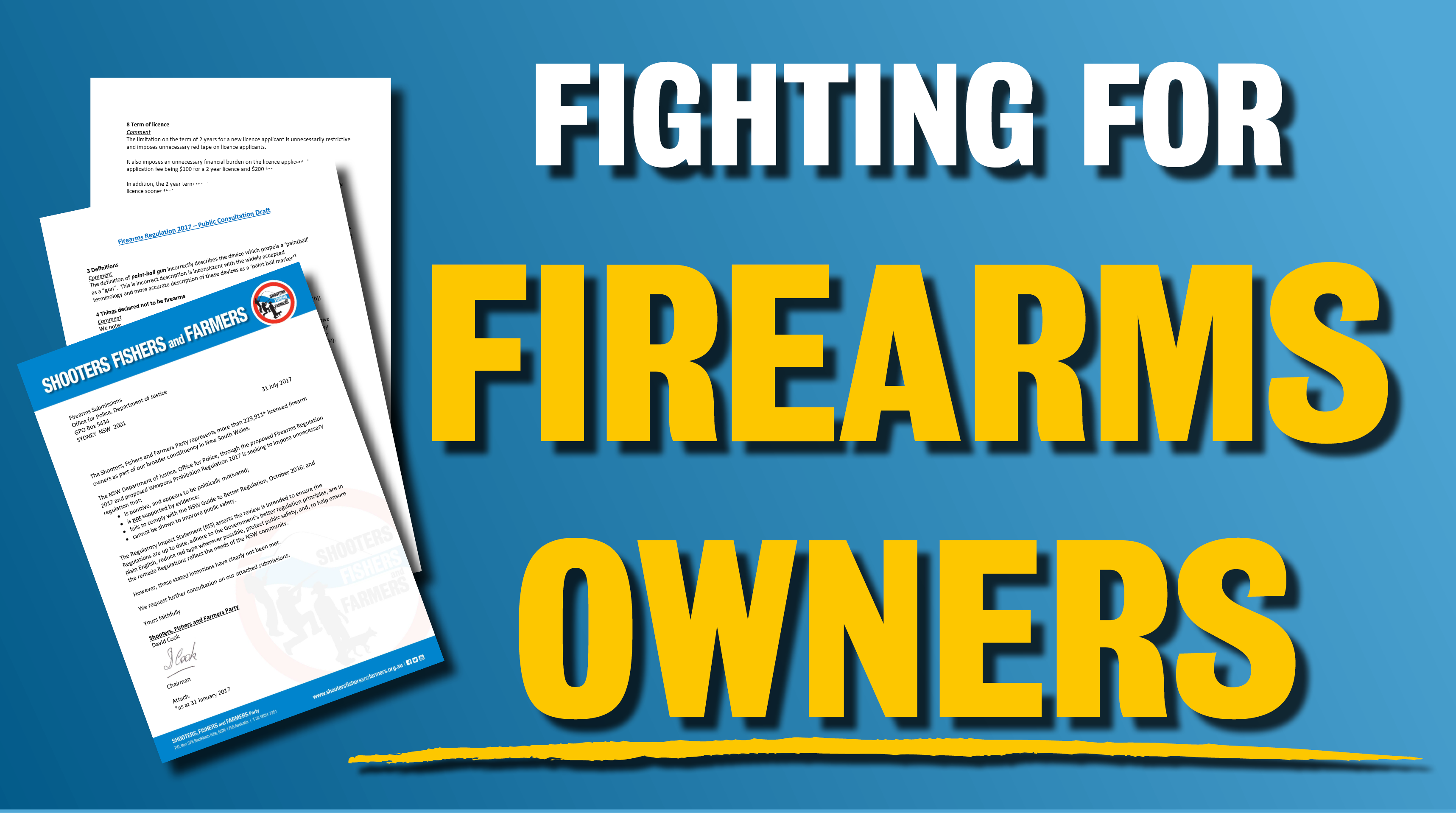 Our Submission to the 2017 Firearms Regulation Review

Recreational hunting is under attack by the New South Wales Government, under the watch of the National Party and the Liberal Party. Here's our submission to fight for your rights. 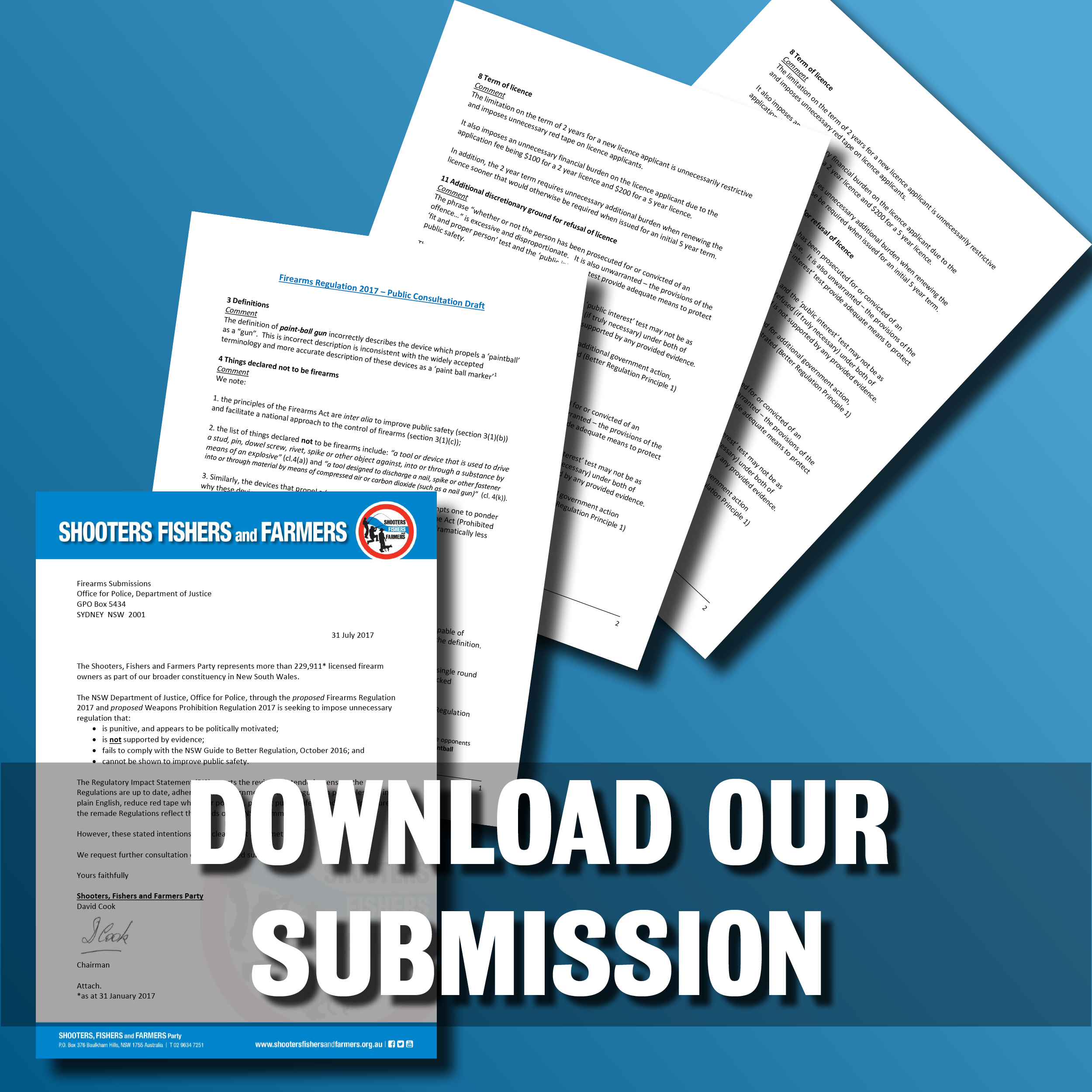 The draft Firearms Regulation 2017 and draft Weapons Prohibition Regulation 2017 was released for public consultation and submissions were requested from across the community.

As part of our efforts to fight for your rights, we made a submission to the review of these new regulations in late July.

Our full submission is available to you to read, so you can see how we're standing up for hunters and shooters in New South Wales.

It should be noted that despite the NSW Guide to Better Regulation mandating 28 days as the minimum consultation for regulatory changes, the public was only given 24 days. Complaints made by Shooters Fishers and Farmers Party members, and requests for an extension of time, were declined by the Government.

Unfortunately, regulation changes can be made by the New South Wales Government without taking them to Parliament, but we will be watching their responses very closely.