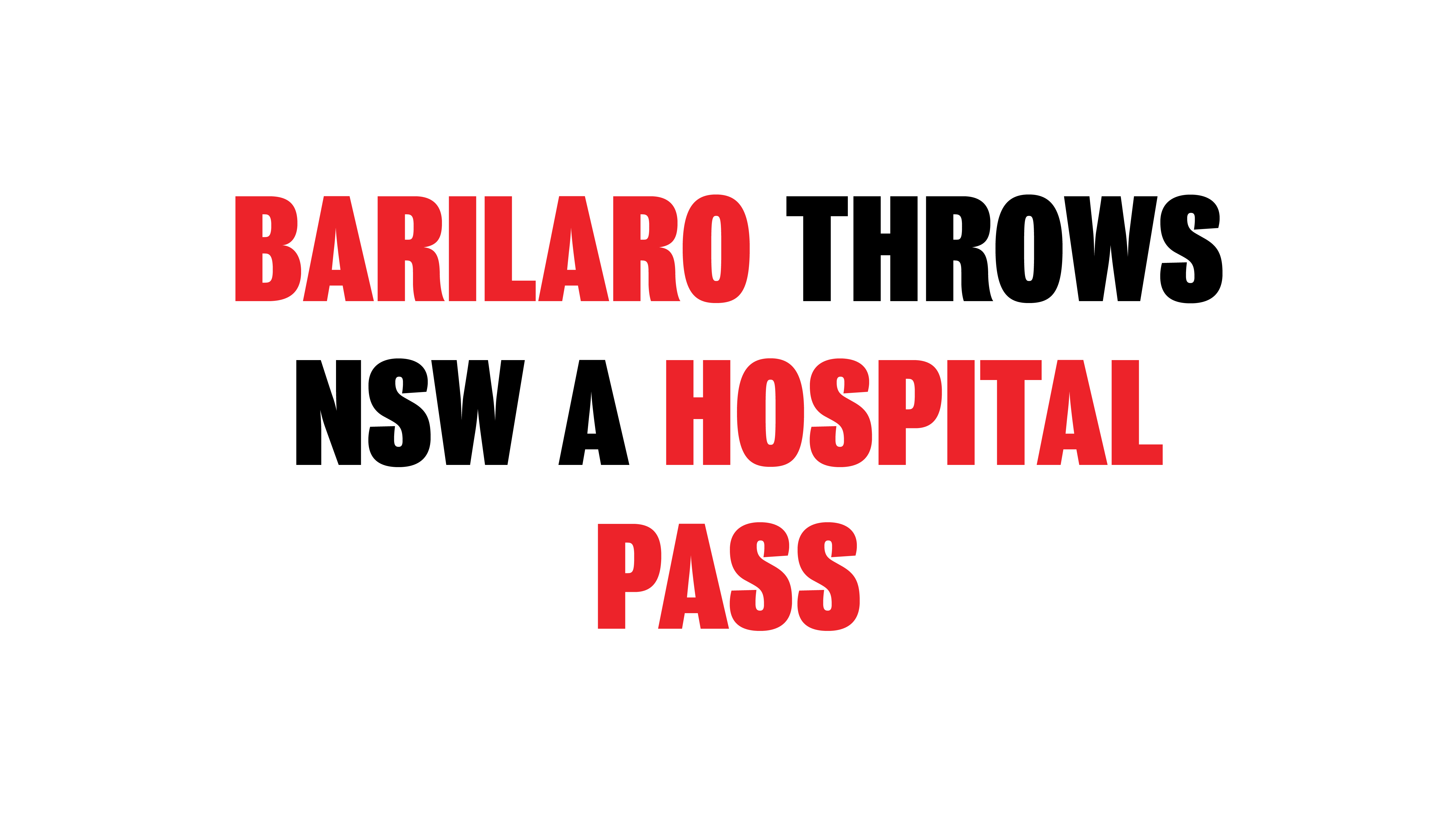 John Barilaro has come out this week and said, “rugby league is at the heart of everything we do in NSW”, and that he will happily become the “conduit” between the Government and the NRL, so they can reopen on the very optimistic date of May 28.

Since when did Mr Barilaro, Deputy Premier and the Minister for Regional New South Wales, Industry and Trade, also become a conduit between a sport and the Government, instead of the Minister for Sport, who would generally be tasked with such a responsibility.

The reopening of the NRL is a decision that needs to carefully consider the health and wellbeing of the state, yet ultimately, it has been Mick Fuller the Police Commissioner, giving the green light to the NRL to resume on May 28.

The Police Commissioner should not be making the captains call on health decisions that can ultimately impact lives.

The Deputy Premier should not be telling us that ensuring the NRL re-opens is a higher priority than seeing our families over Easter.

Health advice should be followed and adhered to no matter who you are. We are all in this together and we all have a role to play to see this come to an end sooner rather than later.

Health professionals all over Australia believe the decision by Commissioner Fuller to restart the NRL is ill advised.

Yet here is a decision made by the NSW Police Commissioner that has little regard for that health advice, and prioritises the pockets of the elite, instead of the wellbeing of the state.

The fact that Mr Barilaro believes NRL to be at the heart of New South Wales, and not agriculture is indicative of where his loyalties lie.

In New South Wales, we have the Murray region, known as Australia’s food bowl, we have a majority of the sheep and beef cattle farms across Australia, in fact, New South Wales contains 30% of all farm businesses in Australia.

Agriculture is the true source of what keeps the heart of New South Wales beating, and this Government is slowly bleeding it out.

NSW agriculture is not just dying from CoVid-19 impacts, but also from a drought that has lasted several years.

There are farming families in New South Wales that have been promised drought assistance, bushfire assistance, and now CoVid-19 assistance.

They have received nothing from any of the grand government schemes, and continue to plead with John Barilaro to be a voice for them at the Cabinet table.

And, here he is, the conduit between sport and government, doing the bidding for the NRL and his mate, Peter V’landys.

Cheers John. Thanks for tackling the real issues that the state is facing.

Is it any surprise to anyone that this Government is undergoing a systematic breakdown of decision making within Cabinet.

The Premier has not been able to lead us through any crisis.

During the drought we have had drought coordinators. During the bushfire crisis, we all looked to Shane Fitzsimmons, the RFS Commissioner.

Now, during the CoVid-19 pandemic, we see decision making being left to none other than the Police Commissioner, Mick Fuller.

Who is leading our State? Who is scrutinising Government decisions? Definitely not Parliament.

Coordinators and commissioners; reports and inquiries; they are all just smoke screens.

The Ruby Princess is just the latest of the cabinet car crashes the Premier is desperately trying to clear off the road.

The Premier is attempting to play hot potato with the blame game, but it just keeps landing in her lap.

The Shooters Fishers and Farmers have asked for the return of Parliament and have sent a letter to the Premier directly two weeks ago. It is clear to us that whilst this Government has carte blanche decision making powers, they will make decisions of the worst kind.

Without parliamentary scrutiny, our civil liberties are at risk, and with a Premier that cannot lead and a Cabinet waiting in the wings like the cast of Game of Thrones, we had best act sooner rather than later.