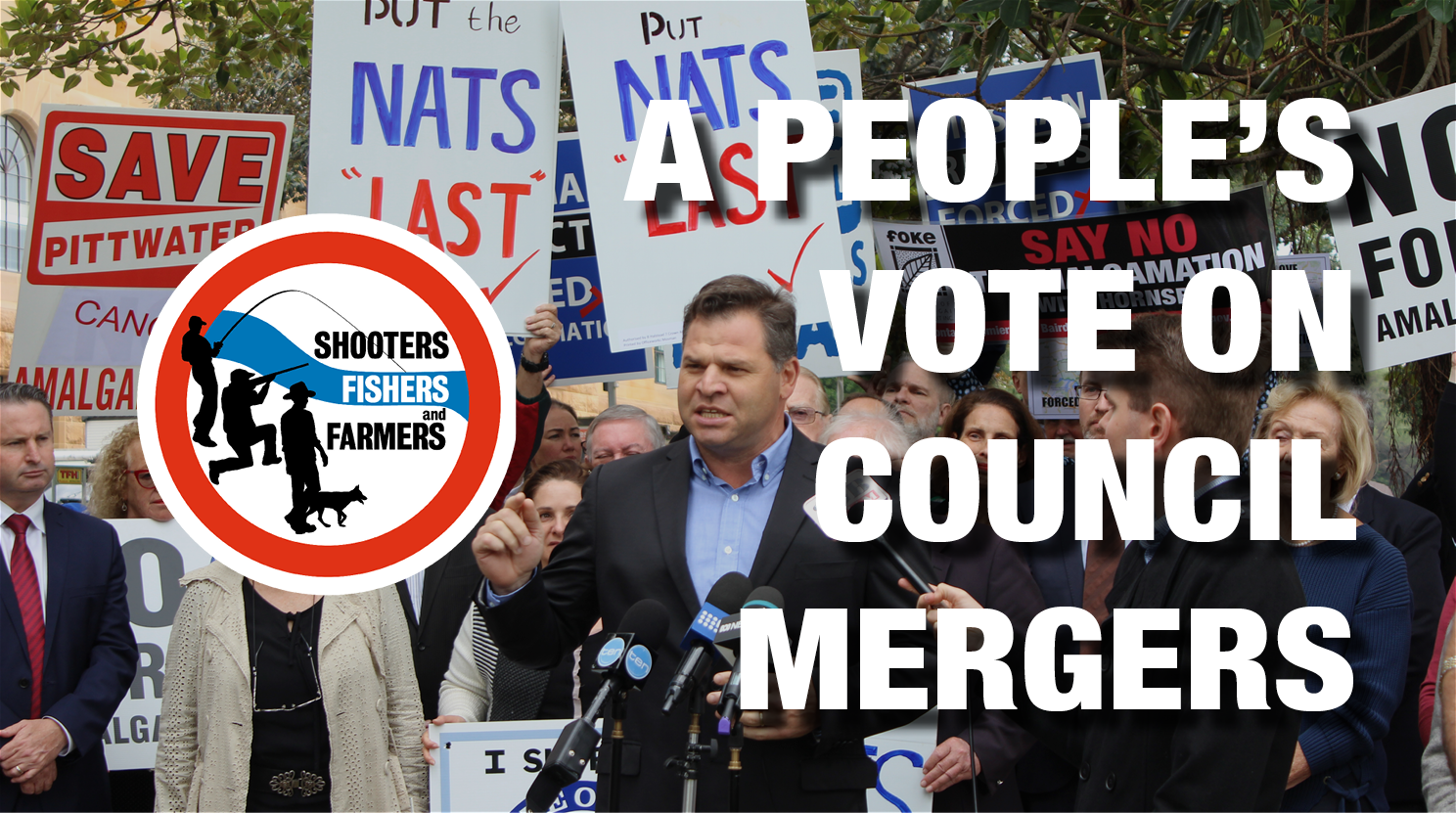 The Government has done everything they can to avoid anybody voting on forced Council amalgamations - but thanks to Philip Donato, that could change.

This comes on the eve of his Local Government Amendment (Amalgamation Referendums) Bill being introduced on Thursday morning.

“Through the entire Council amalgamations process the Government has been hiding behind sneaky procedure to prevent this Parliament, and indeed the public, passing judgement on their unpopular policy,” Mr Donato said.

“The original plan was implemented by proclamation to bypass Parliament, and amalgamations were forced on communities without a vote. That now stops.”

“Tomorrow morning my bill to allow referendums on all Council amalgamations will be introduced in the Legislative Assembly and every single Member of Parliament will have the chance to vote.

“Anybody who delays or opposes this bill will have to then go back to their own electorates and explain why the people who voted for them should not get a say in their Local Council’s future.”

Mr Donato added that both parties in the Coalition now have a chance to atone for the bad policy.

“This is a chance for the National party and the Liberal Party to right the wrongs of a bad policy,” Mr Donato said.

“The Nationals can’t hide behind the Liberal Party on this issue. The Liberal Party also must explain why they are in favour of plebiscites for their own party members when selecting candidates, but won’t let voters have a plebiscite on Council amalgamations. It reeks with the foul stench of hypocrisy.”

Mr Donato’s bill, the Local Government Amendment (Amalgamation Referendums) Bill has already passed the Legislative Council and will be introduced in the Legislative Assembly on Thursday morning.