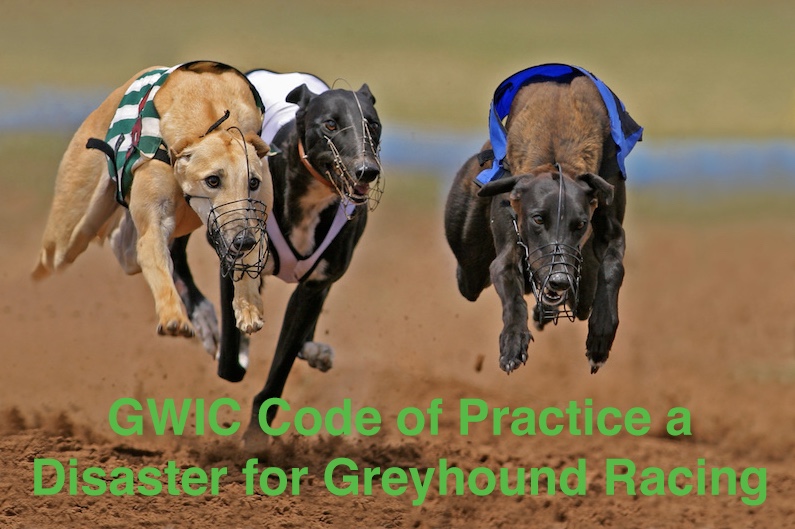 GWIC Code of Practice a disaster for Greyhound Racing

The Code of Practice for the welfare arm of Greyhound Racing in New South Wales, the Greyhound Welfare and Integrity Commission (GWIC) is too prescriptive and will be used as a tool to oppress and victimise racing participants, according to Robert Borsak, leader of the Shooters Fishers and Farmers Party.

“GWIC is an over-blown bureaucracy with too much power, and a track record of oppressive and unprofessional victimisation towards participants, since its creation, the Code if not significantly rewritten will only worsen an already terrible situation” said Mr Borsak.

“What is clear following the release of the Code is that GWIC has a monopoly on advice and submissions, with no option for industry participants to contribute.

“The Code is simply another tool for GWIC to drive out small owners, amateur dog trainers and breeders. It is far too prescriptive and opens it up for GWIC to abuse and use to oppress participants,” said Mr Borsak.

The prescriptive measures include the temperature and air filtration systems required for indoor housing of greyhounds. Evacuation plans need to be provided to GWIC, as well as retirement and preparation for rehoming plans and much more.

“I would like to see the science behind a lot of these arbitrary decisions.

“They are onerous and ridiculous and have no practical application at all, not to mention how much it will cost participants to keep up with the Code,” said Mr Borsak.

Mr Borsak made further comments in regard to the compliance and enforcement explanatory guide that’s aim is to “educate inform and support participants”.

“GWIC should have no direct role in prosecutions outside the industry, other than when it finds severe or extreme animal cruelty, then it should make referrals to the appropriate body charged with that prosecution duty.

“GWIC should not be allowed to cherry pick jurisdictions for prosecution as this leads to persecution and bullying as we have so often seen already.

“Greyhound racing is after all a sporting activity that is governed by the Greyhound Racing Act 2017 and Regulations 2019. It isn’t a criminal activity. “It seems that the Code was written to placate the animal rights agenda and force the industry to closure.

“It needs significant revision, they need to go back to the drawing board,” said Mr Borsak.