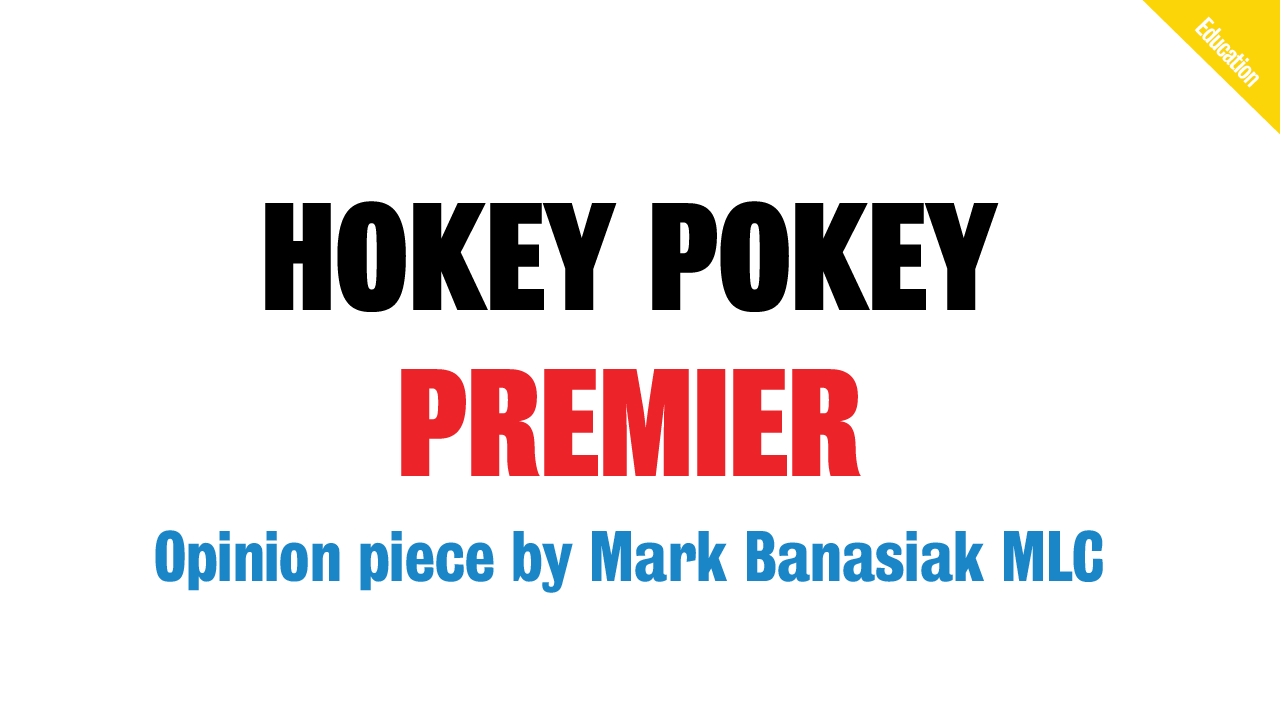 The Premier and Minister for Education are having difficulty deciding if they should put their left hand in or their right foot out when it comes to the hokey pokey of school decision making.

In their latest drip feed on Education and COVID-19 they placed the task of how a staggered return to school would play out in the hands of school principals and their leadership teams, which is a hat tip to their much-maligned policy of Local Schools, Local Decisions.

When the policy of LSLD was initially announced by then Education Minister Piccioli it rightfully drew criticism from schools because the decision making was limited in scope and came with overzealous oversight with local directors being transformed to helicopter parents for principals. Outside of a few trailblazers and risk-takers, there were no innovative, break the mould decisions being made because you were being watched like a hawk.

Fast forward to this year and to the new Education Minister, Sarah Mitchell stating that“the Local Schools, Local Decisions reforms gave schools too much freedom and left the department fighting to claw back influence over what happens in public school classrooms.”

Now, in a hypocritical about-face, we have the Premier and education minister pulling all their limbs out of the dance by saying ‘here you make a local decision,’ leaving the principals to shake it all about on what is arguably the most significant issue to face education in this nation’s history. How to stagger the return of over a million students to school, with limited cross-infection.

The NSW Teachers Federation rose from its slumber in response to this announcement, rightfully pointing out all aspects in which this idea fails and, the Government strongly refutes what the union had to say.

The tests the federation say the government have failed cover everything from educational criteria through to health and safety and parental tests. It also failed the school organisation and teacher workload test.

You cannot flick on a switch and, it’s back to school. It takes a lot of preparation, in particular creating school timetables. By way of educating the general public who have no experience in the complex nature of school timetable construction. It is something that is done generally over weeks, not hours or a couple of days.

I do have a question for the NSW Teachers Federation, though. Where have you been for the last ten or so years?

My question is rhetorical. The truth is, every reform and every bureaucratic layer thrown at principals and teachers over those ten or so years, has come with a blessing from the NSW Teachers Federation. Claiming that they worked with the Department and, schools need to just accept ill informed, unrealistic and contradictory policy.

The Premier and the Minister for Education need to stop devolving their responsibilities when it comes to the Local Schools, Local Decisions policy. Now is not the time to be delegating more work to teachers and their leadership teams without clear and concise direction. They are concentrating on teaching our kids, not only their lessons but how to be resilient during times of crisis because that’s what it’s all about.