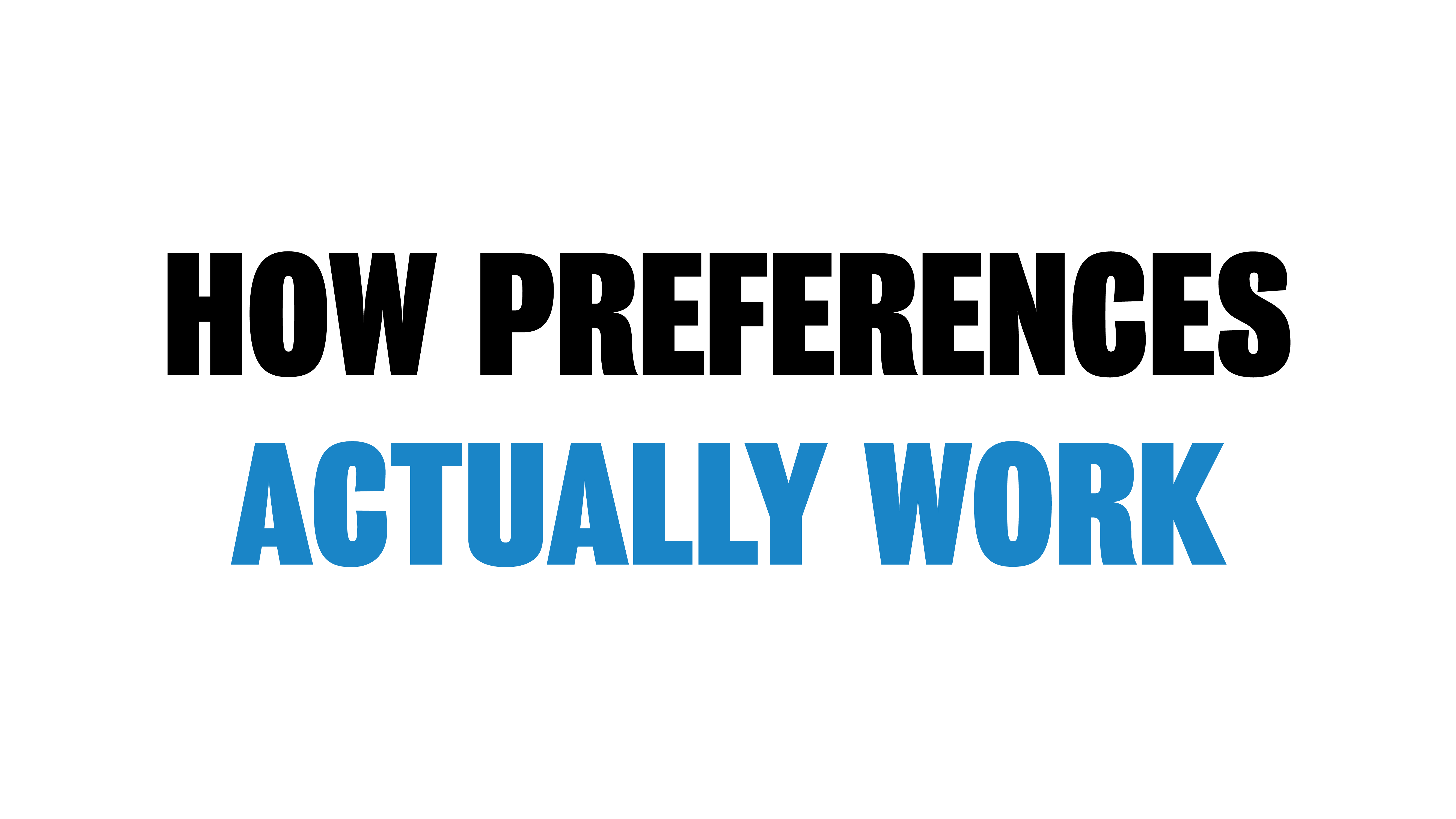 The current voting system is not perfect, but it’s the law and we have to follow it.

If you are voting in the upcoming Eden Monaro by-election or the next Federal Election, here is how “preferences” work in under 90 seconds.

Firstly, there is no such thing as parties controlling "preferences". This is an anti-democratic myth spread by major parties who do not like minor parties growing. They scare you into believing that you cannot exercise your democratic right to number the candidates in whatever order you want to.  Political parties and independents can only recommend how you vote. This is only a suggestion. Only you the voter can decide the order of your "preferences".

Federal House of Representatives Elections, unlike NSW State Elections, require voters to number every candidate in the order of your preference for your vote to count. It’s not the best system, but it is the system we all have to work with. It wasn’t the minor parties that made the system this way, it was the major parties.

All the major parties are cut from the same cloth. Everybody knows there is no difference between them anymore. The Liberal Nationals have screwed Regional communities like Eden Monaro over one too many times at a State and Federal level, and the Labor Party are no better. They just haven't had the chance recently to screw things up because they are not in Government. We are recommending going against the Governing party because they haven’t performed. If Labor was in power we would go against them too if their leader was in Hawaii while the District they claimed to care about was burning to the ground.

Our decision to recommend a vote away from the Liberal National Government has been made a lot easier given the fact that we have pleaded with both State and Federal Governments to increase back burning and give Regional landowners a greater say over their land. Just like everything with the Liberal Nationals these days they have sat on this for years, promised change, and done nothing.

We are fighting for the forgotten people this election while they fight amongst themselves.

In the end, as long as you vote 1 for SFF and complete the rest of the ticket in the order that you wish, your vote will count. Remember, to make a formal vote on a House of Representatives ballot paper, you need to number every box with a series of consecutive numbers according to your preference.