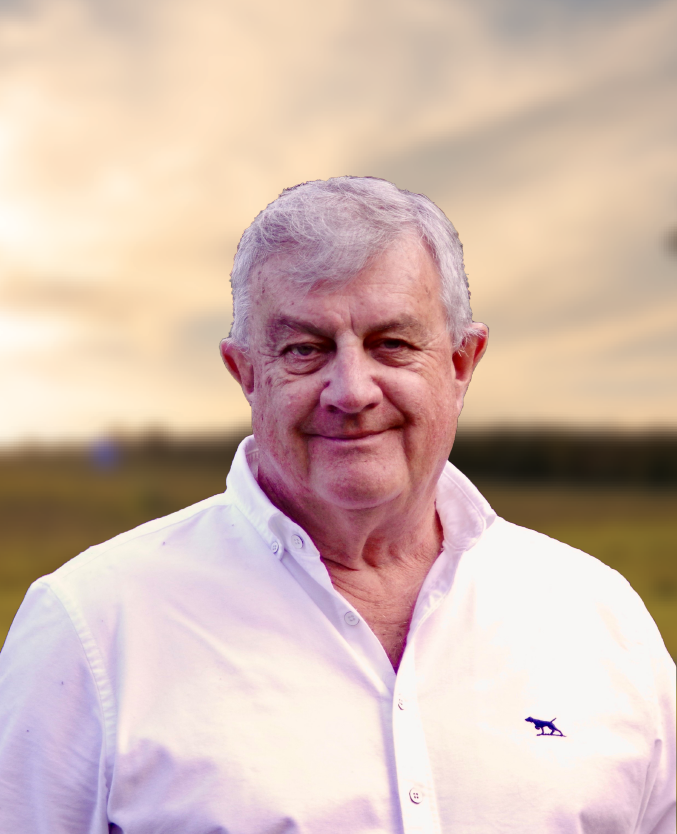 Originally from Sydney, Ross is a Solicitor who practised as a corporate lawyer for many years. He now lives with his wife, a Goulburn secondary school teacher, on a farm in the Southern Highlands of NSW where they raise Hereford Cattle and Heritage poultry.

He has been an avid Hunter and Fisherman for most of his life. His other interests include photography and aviation especially “bush” flying and gliding. His family, whilst now well and truly grown up, includes 5 children and 8 grandchildren.

His background includes lobbying Governments for legislative changes both at the State and Federal Level, especially in taxation laws. Ross is a member of the RFS and has a Bachelor of Economics; Bachelor of Laws; and Master of Laws all from Sydney University.

He has a keen interest in politics, particularly in the way our laws are made and regulated, and how they affect us on a day-to-day basis. His interest peaked in the SFF Party when he saw how successful they were in influencing the State Govt in their treatment of Firearms legislation. He is very supportive of how the Party has since expanded its influence into regional Australia and has broadened its policies.

Sign up here to show your support for the Shooters, Fishers and Farmers Party and receive our email news.