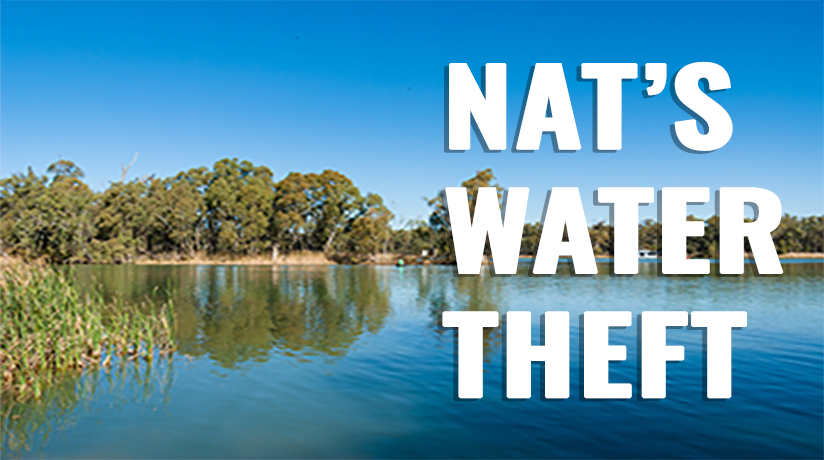 Our candidate for the Murray has been a staunch advocate for water rights in the Murray for years. She has faced off against Liberal, National and Labor party Members of Parliament over the flawed Murray Darling Basin Plan since it's inception.

Candidate for the Murray by-election Helen Dalton has hit back at National Party water policy in the Murray region, citing inexperience and back room deals as the reason for recent Murray Darling Basin Authority decisions.

“This volume equates to about half of Burrinjuck Dam and if taken would have devastating social, economic and environmental impacts on our community.

“Once again the Nationals have hood-winked the Murray electorate – they have been telling our community that the 450 Gigalitres number would never be taken or used to trade off water rights.

“If further water efficiencies cannot be found, non-strategic buy backs will be back on the table and so called ‘willing’ water sellers will have to fill the gap.

“While the Liberal Nationals are playing politics with this our communities, our small businesses and our farmers are suffering as a result.

“If the MDBA and the Liberal Nationals continue to cheat regional NSW communities like this I will campaign to withdraw from the basin plan completely as we are entitled to do.

“The MDBP has not been able to deliver social, economic and environmental outcomes. It is a triple bottom fail.”

“Wes has a bright future in comedy, everyone in our region knows that I’ve been fighting for productive water use in our region for years, that includes some very public disagreements with Federal Labor MP Tony Burke,

“I will stand by my track record on fair water policy for our community any day."