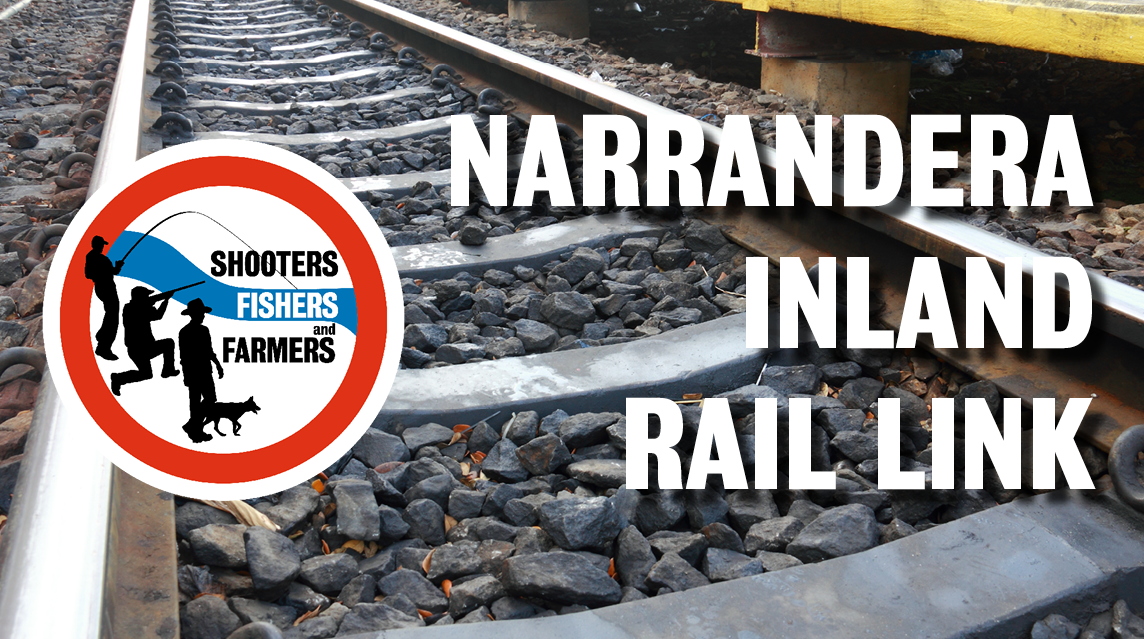 We'll Back Inland Rail Via Narrandera. Will the Nats?

We'll back Austin Evans' idea to re-route the Brisbane to Melbourne inland rail link through Narrandera. Will the Nationals?

“In the Shooters Fishers and Farmers Party we know a good idea when we see it,” Mr Stadtmiller said.

“While we have to credit the National Party’s Murray by-election candidate Austin Evans for the idea, but we’ll support it.

“Whether this involves passing the line through Narrandera in place of Albury or constructing a new route, we’ll back it in Parliament.

“Narrandera to Melbourne is only 485km, compared with 647km via Albury and Wagga Wagga. The route would be faster, more efficient and save more fuel because of the flatter geography and lower gradient.

“The lack of tunnels and bridges on the Narrandera to Melbourne route would also allow double-stacking of shipping containers. This overcomes one of the major drawbacks on the Wagga and Albury route.”

Helen Dalton said that if the National Party can get their Liberal Party colleagues in the State and Federal Government on side, her party will back them in Parliament.

“Our party’s two votes in the Legislative Council will give the State Government the support they need to remove any legislative barriers in place stopping this from being a reality,” Ms Dalton said.

“Narrandera is the gateway to the Murray Irrigation Area, and if the National Party can get their State and Federal Liberal Party colleagues onside, as well as Prime Minister Malcolm Turnbull, then we’ll back them.

“This is important infrastructure for the future of Australia’s food production, which is predicted to grow by 250% by 2030 and become our nation’s major employer.

“We call on Nationals candidates Stephanie Cooke and Austin Evans, as well as National Party Leader John Barilaro to come to the table. We back Mr Evans’ idea, now it’s time for the National Party to do the same.

“Will the National Party stand up for Australia’s food bowl, or just do whatever the Liberal Party tells them to do?”