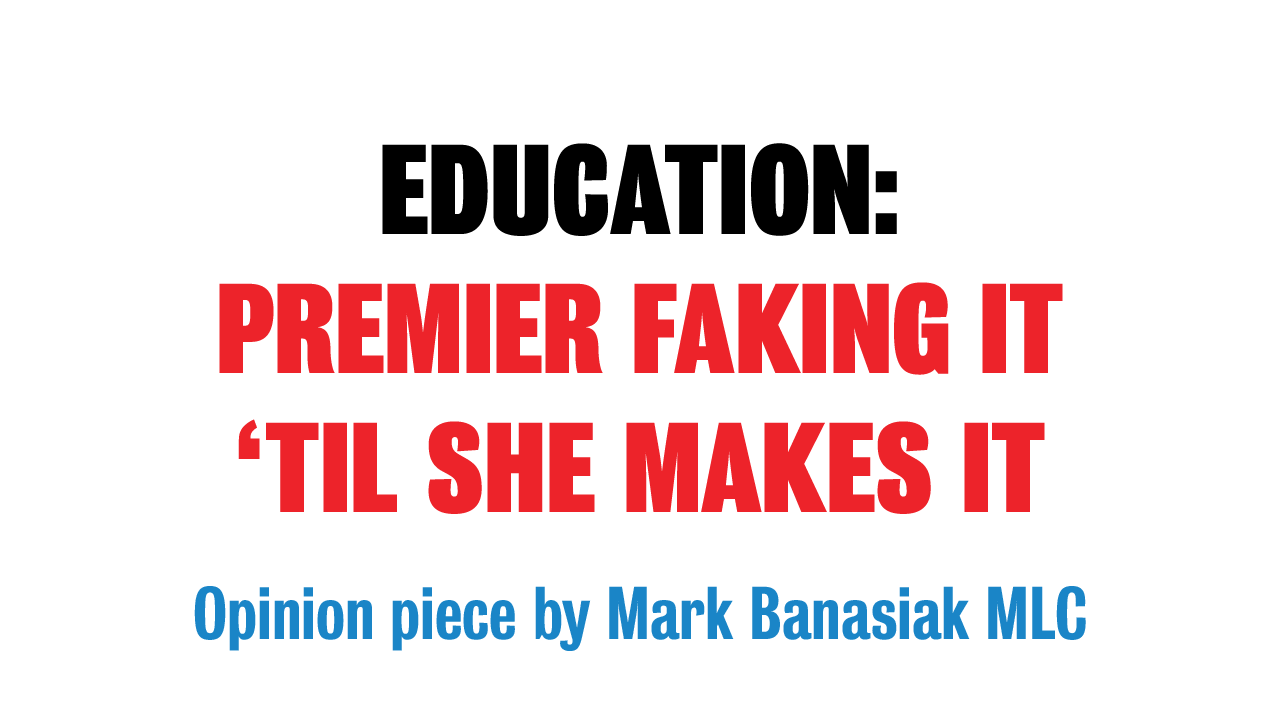 Mark Banasiak: Premier faking it 'til she makes it.

As a former teacher of over 15 years I have had too many phone calls, messages and emails from former colleagues, parents and even past students over the last few weeks. The common theme in all this correspondence is what in the hell is the Prime Minister, NSW Premier and Minister for Education bumbling along with when it comes schools and covid-19.

The Premier has claimed she and the Prime Minister are on the same page, but the messaging coming out of both Federal and State Cabinets highlights they are not even reading the same book.

The Prime Minister has demanded schools return straight away because our kid’s education is in jeopardy. A baseless and moronic comment that is insulting to all my former colleagues out there that had to prepare quality online materials, at the drop of a hat, to comply with the fly by the seat of your pants policy changes made by the Government.

The Premier, practicing a little social distancing of her own by moving away from Sco-Mo then set the return to school date at week three, term two, no details, just an arbitrary date.

Instead of leaving parents, teachers and students in limbo the Premier should have given more detail, or some justification as to why she was going against the federal government.

Instead, the Premier, a day after I called for more detail, came out and provided a vague and ambiguous commentary on: a roster, face-to-face and online learning, and “new” social distancing rules.

The reality is, unless she can provide the full plan and relevant details of how that plan will be implemented, the Premier should not speak to it.

The plan and its confusing implementation though are symptomatic of the greater problems that exist in Education in NSW. The Premier is surrounded by people, including the Minister for Education and the upper echelons of the NSW Department of Education, who have no working experience of day to day school operations.

Decisions in education are made by career bureaucrats with no clue and under no scrutiny.

This has been made no more evident than through the assumption that social distancing can work in an education setting.

This comment was made without the knowledge that PPE and sanitation supplies are already scarce for teachers and students in public schools, pre covid-19. Many schools were already struggling to have enough toilet paper, let alone disinfectant soap.

Despite my many questions in Parliament, the Premier and Minister for Education have never had anything to say on this.

That will continue as long as Parliament is adjourned.

It is clear to me and has been from the moment I took on this position that the one person that can scrutinise Government on education is me.

It is me that is representing the views of parents, teachers, and students.

As a former teacher and parent of three school aged children it is important to me that I cut through the bureaucratic spin that the Minister is fed and charged with relaying, because it is seriously impacting our education system.

With my experience it is me that can tell the true story of Education in New South Wales, warts and all.

In the absence of a sitting Parliament we will continue to see the Premier fumble in the dark and masquerade vague ideas as policy.

This Scotty is what will place our kids’ education in jeopardy.

Certainly not the hard-working teachers who have been made to feel like they are expendable, rather than essential, or the parents that are doing their best at helping their kids learn at home.

It’s time to restore democracy and the much-needed scrutiny of Government.

I call on the Opposition to wake up and be an actual opposition and support SFF’s call for a return to Parliament.