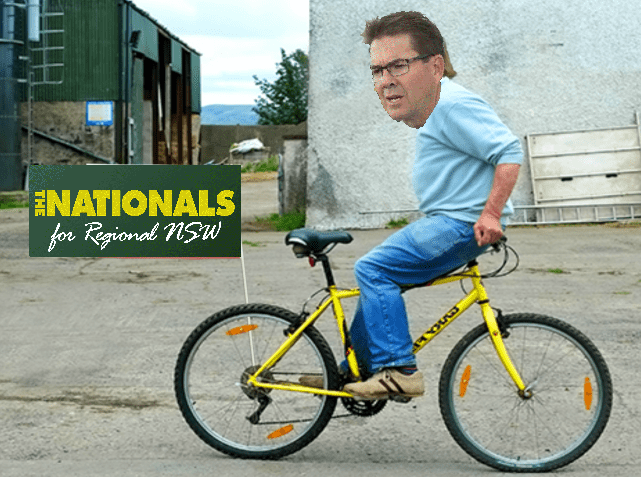 In a Facebook video made during the 2019 State election Minister Anderson states “there is money in the bank” to upgrade three roads in the area, including the Rangari and Werris Creek roads, which would be resealed at the council's existing costings of $9 million.

“Kevin Anderson was writing cheques during the election campaign that his Liberal masters had not approved.

“Now he is making a tactical retreat at the cost of his electorate's safety.

“One only needs to look at how his language and messaging has changed to know he is back-peddling.

“The minister in his election promise made clear that Werris Creek Road and Rangari Road are unsafe, and in his words regarding Rangari, ‘that road needs to be ripped up, resealed and made safe.’

“Now we are seeing the staged retreat and the classic Liberal/National obfuscation.

“Money that should be going into rural and regional areas will now be used to pay their mates to sit on another panel,” said Mr Banasiak.

“These upgrades were supposed to be in the budget, then two weeks ago Mr Anderson announced that ‘suitable pathways were being considered.’

“This week it’s something else again. Minister Anderson and Minister for Roads, Paul Toole, announcing the money will go to an expert panel to identify 15,000kms of a total 180,000kms of rural and regional roads, with no guarantee that Rangari Road or Werris Creek Road will be successful, it’s all incredibly vague,” said Mr Bacon.

“The writing is on the wall and it reads that Kevin is back-peddling, this is classic LNP, the expert panel will give the Minister the chance to blame someone else for a promise he had no intention of ever fulfilling,” said Mr Banasiak.