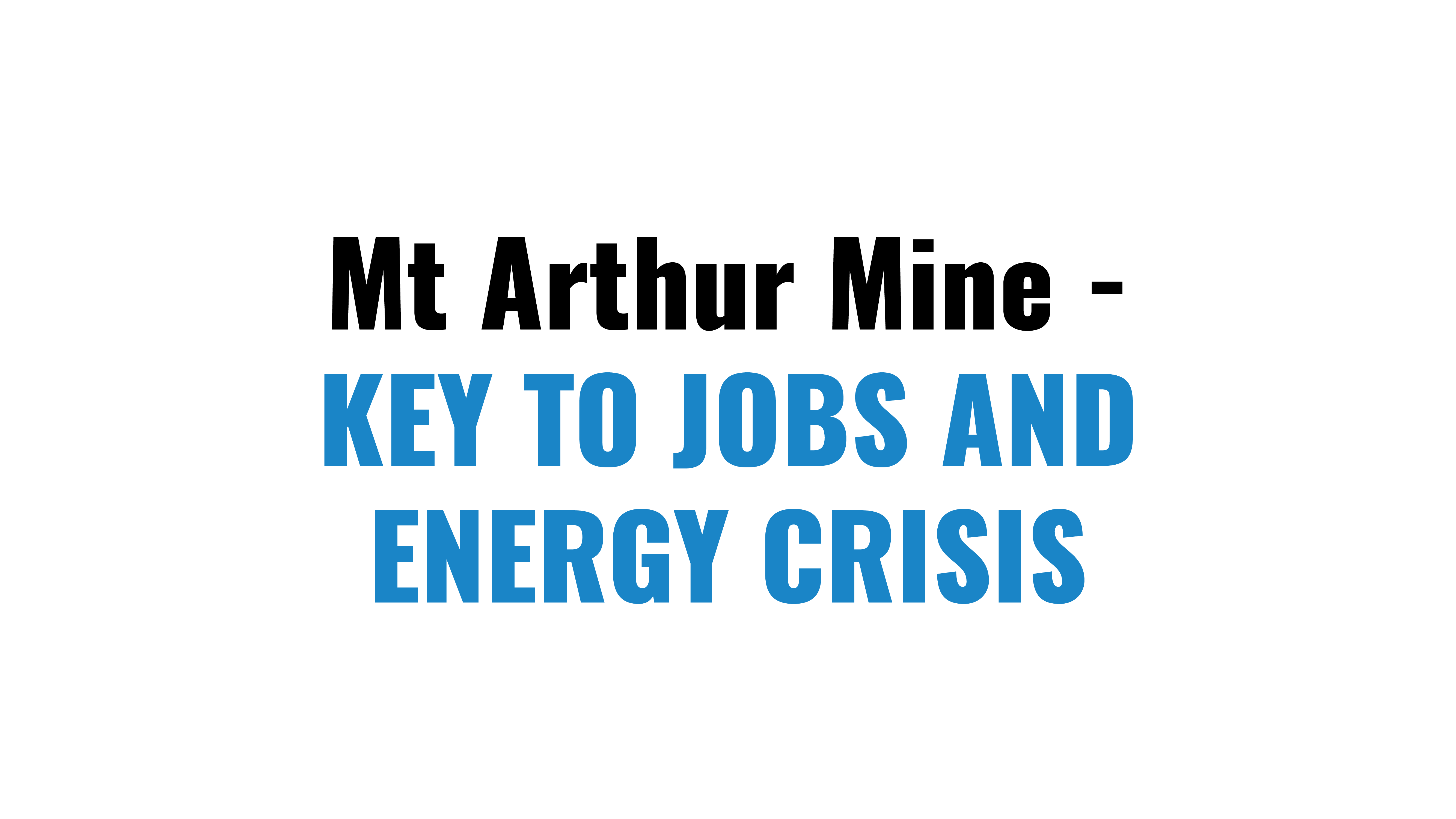 Mt Arthur Mine - Key to Jobs and Energy Crisis

The closure of BHP’s Mt Arthur coal mine unnecessarily ends thousands of direct and indirect jobs in the Upper Hunter that could be sustained into the future, according to Shooters Fishers and Farmers Party leader Robert Borsak.

“The Government should not be allowing and encouraging industry closure while there are decades of resources left and significant embedded demand,” said Mr Borsak.

“The Mt Arthur mine has high-quality coal reserves for decades more employment and economic contribution.

“The importance of direct and indirect jobs to the Muswellbrook, Hunter and NSW economies cannot be overstated.

“Whilst BHP has advised they don’t have a buyer; they could easily find an operator to continue at the Mt Arthur site.

“This could be the key to resolving the energy crisis that this Government has overseen.

“It was recently revealed that the Government walked away from negotiations to purchase Eraring Power Station from Origin Energy.

“The Government should purchase Eraring and the Mt Arthur mine before BHP close it.

“Mt Arthur would make an ideal fuel supply for reliable, affordable baseload power and coal export into the future.

“Upper Hunter MP David Layzell has made it clear where the coalition stands, stating yesterday that “it’s good that they go through the extension”.

“Walking away from a viable resource and actively closing this operation is a travesty, yet here we have the local member saying it is a wonderful thing!

“The irony is that coal prices are at an all-time high. An extension from 2026 to 2030 for Mt Arthur is nothing but BHP capitalising on the market whilst telling investors they’re getting out of coal.

“If they were serious, they would sell it now and let someone else make a go of it and provide job security to the employees and contractors at the mine.

“Mr Layzell should be defending the thousands of people facing the loss of their jobs; instead, he continues the woke narrative of his Liberal colleagues and masters.

“This is devastating for the Upper Hunter and could have been prevented.

“The Shooters Fishers and Farmers Party will fight this to the very end,” said Mr Borsak.