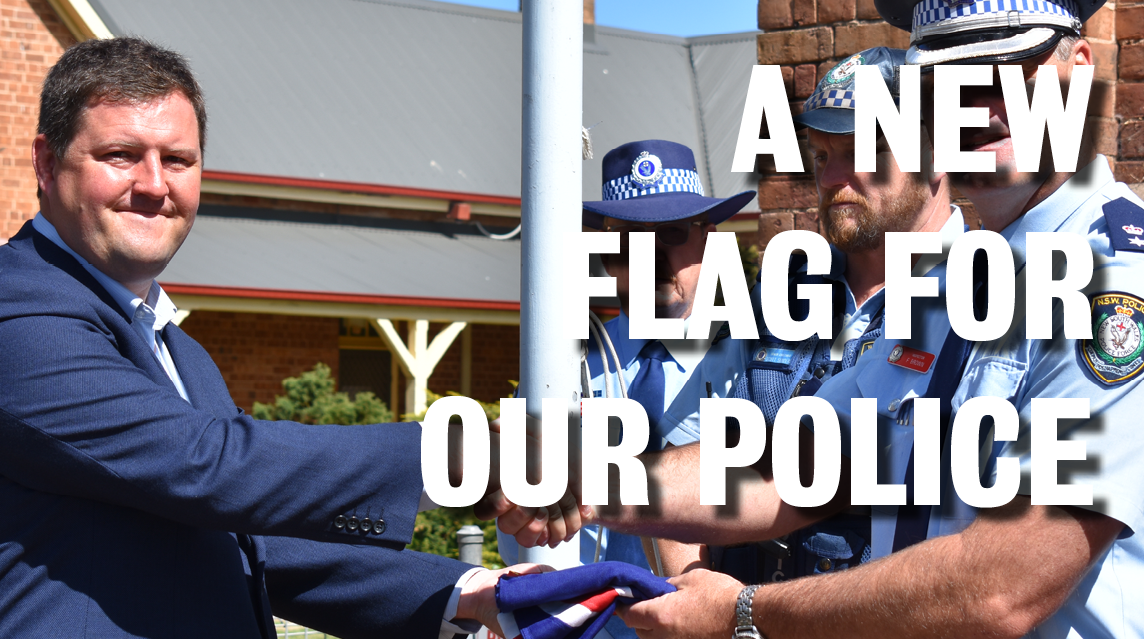 Matthew Stadtmiller showed his support for the Cootamundra Police Local Area Command by presenting them with a new State flag.

Mr Stadtmiller’s presentation comes as city LACs will be briefed today on their forced amalgamations, but country ones have to wait until after the October 14 by-election.

“The old flag was worn and weathered, and I knew that something needed to be done now – not after the election.

“I value our local Police and want to make sure they remain in our local community.

“These forced amalgamation of LACs concerns me.

“Local Area Commands in the city are being briefed on any re-engineering or forced amalgamation of Police, but their rural counterparts, like Cootamundra LAC, will have to wait until after October 14.

“Police Minister Troy Grant and the New South Wales Government must know that their plan is unpopular and don’t want people to know about it before they vote.

“If this plan is so good, why don’t we have the details now?

“It was great to meet the sworn officers and the unsworn officers at the Cootamundra Police Local Area Command because it puts a human element behind these cuts.” 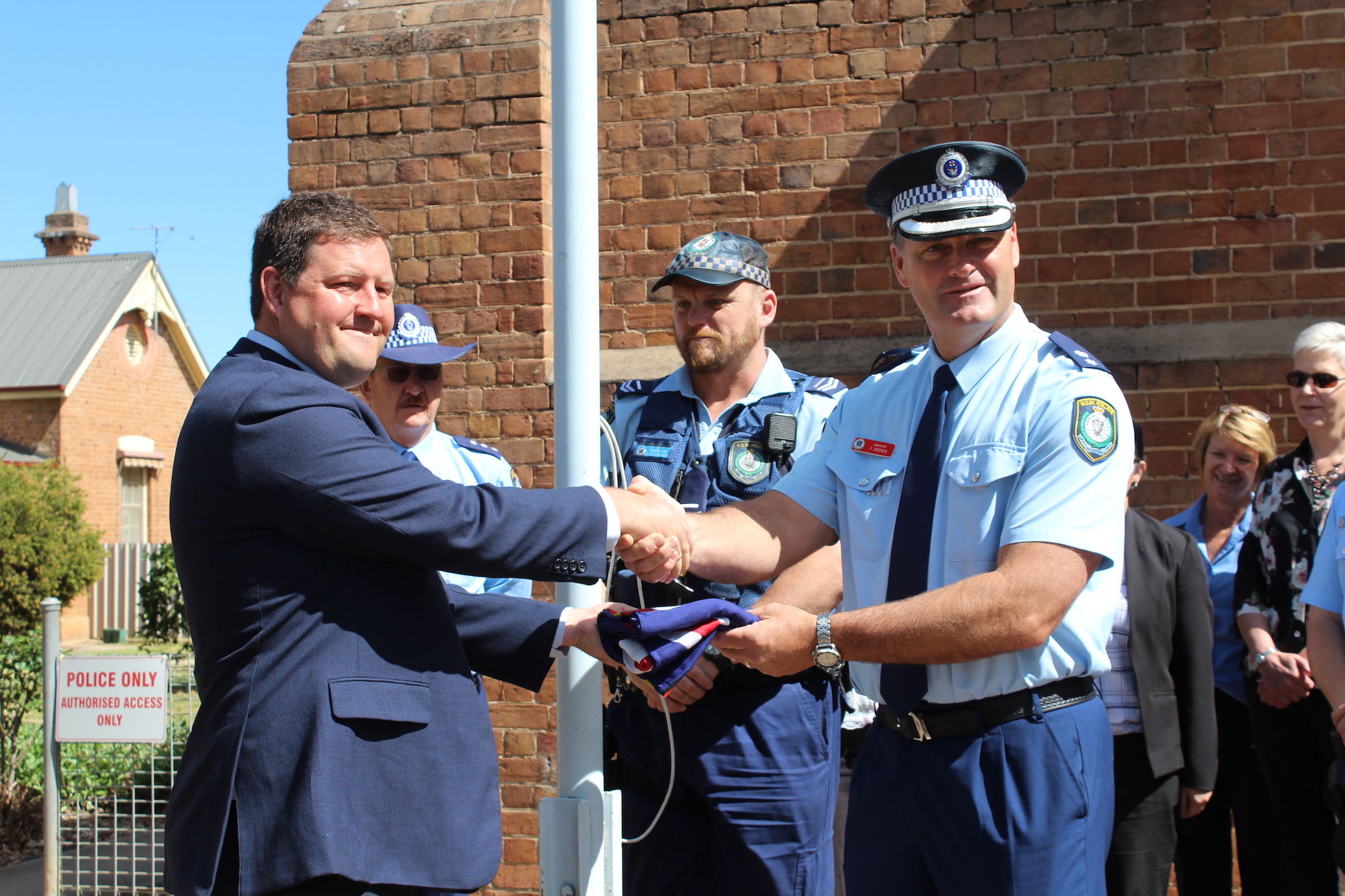 Mr Borsak said the flag was a symbol of neglect by the former National Party Member for Cootamundra.

“The flag here at the Police Local Area Command was worn and neglected, and I believe it’s a symbol of the neglect of the National Party,” Mr Borsak said.

“This should be the role of the local Member of Parliament, but clearly it’s been ignored.”