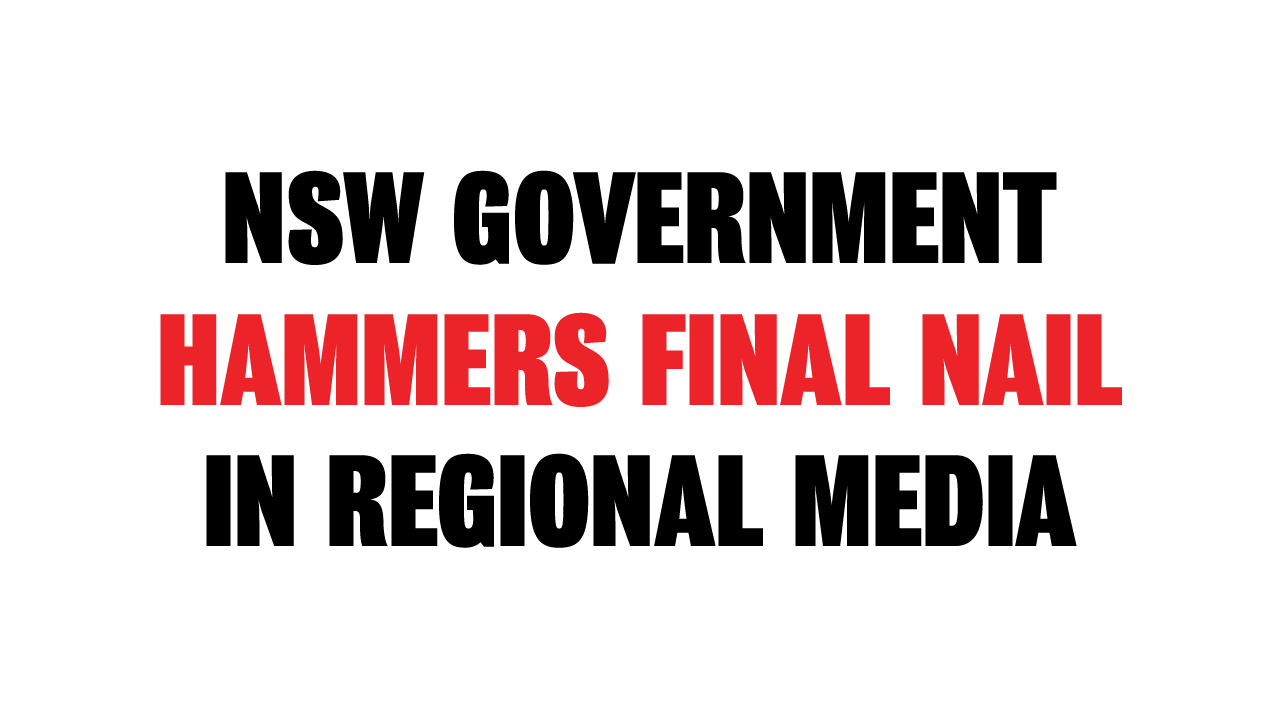 Shooters Fishers and Farmers Party leader Robert Borsak has slammed the NSW Government decision to remove the requirement for local councils to advertise in local newspapers, at a time when newspapers are dying due to lack of advertising revenue.

On Friday, the NSW Nationals announced the state government was removing the long-standing requirement for council notices to be advertised in newspapers. Instead, the relevant notice can be published on council websites.

“This was an astonishing decision to kick regional journalism while it’s on its knees.

“As businesses have closed down due to Covid-19 restrictions, they’ve stopped advertising. As a result, many have stopped printing across regional NSW, both independent and mainstream, because they are unable to cope with the reduced advertising revenue.

“So what does the NSW Government do? They cut back their last reliable source of advertising revenue.

“Last week, we had Nationals MP Wes Fang crying crocodile tears over the decline of newspapers. But now, his government lands the final blow.


"What's worse, his impotent party leader and Deputy Premier Barilaro stood by and allowed it to happen. We all know many of these regional papers have been a thorn in his backside and his governments, having exposed many of their shortcomings and lies over many years now," said Mr Borsak.

Deputy leader and SFF Member for Orange Philip Donato has said losing these newspapers would deliver a blow to his electorate.

“The small independent newspapers in our country towns and villages run off the smell of an oily rag at the best of times. They’re the bush telegraph, and essential to keeping their communities connected. This callous decision would hammer the final nail in the coffin of these struggling businesses at a time when we need to do all we can to keep businesses afloat and people employed” said Mr Donato.

“In my electorate, towns like Wentworth, Griffith and Leeton have lost their only remaining newspaper. This really hurts older residents, who don’t access the Internet.

“How will they know how to stay safe and follow changing restrictions during the pandemic? These newspapers may never come back," Mrs Dalton said.

SFF Barwon MP Roy Butler has been calling on the NSW Government to increase their advertising spend to support our local papers for weeks now.

“I’ve been in contact with media outlets across Barwon since late March, hearing their calls for support to keep publishing. Newspapers in regional towns are more than just a publication, they are the only source of news and health information for vulnerable and well aged people.

Mr Borsak said the NSW Government should be advertising more in regional papers, to make up for the shortfall in business advertising revenue.