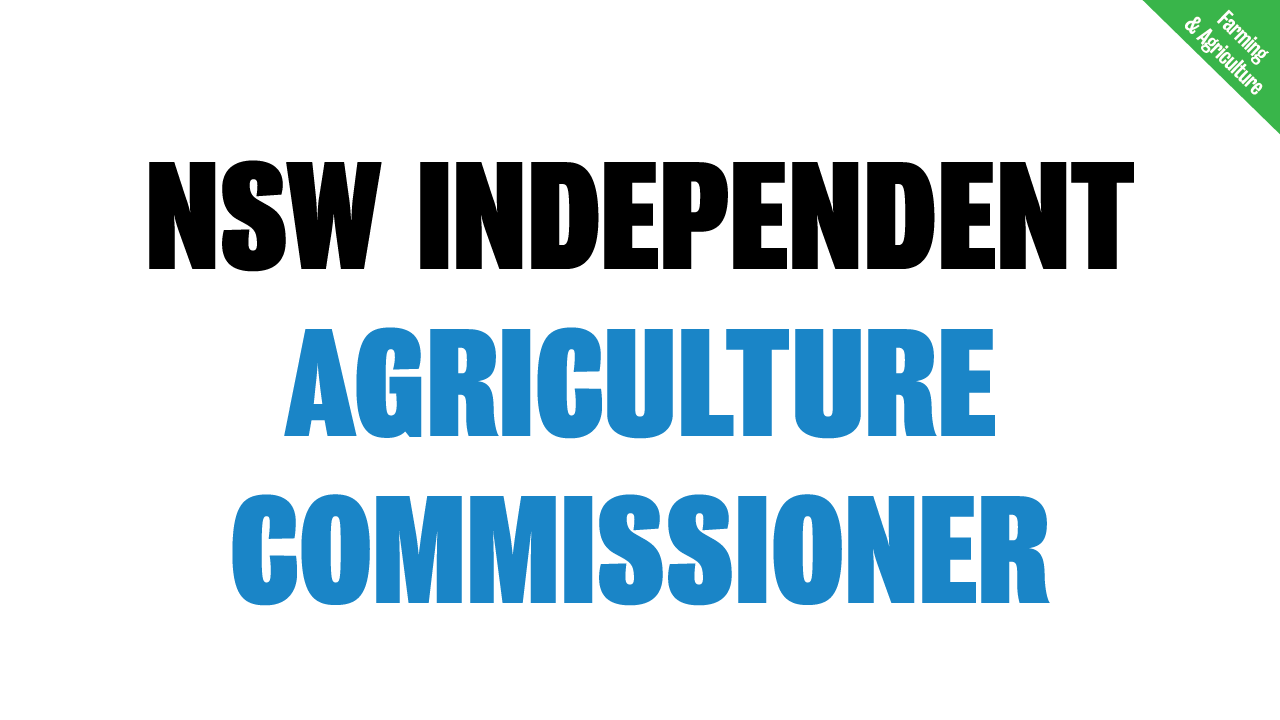 Agriculture in NSW is a $17.0 billion industry, that has been ravaged by drought, fires and ongoing neglect by the coalition government since it came to power in March 2011 according to Shooters Fishers and Farmers leader, Robert Borsak.

“The Nationals have made many promises to rural communities about fixing the neglect of the bush caused by Sydney city-centric laws and regulation under 16 years of Labor.

“Labor had progressively denuded farms of their rights, whether it was water, native vegetation, E-zones or forestry, to mention a few and the Nationals have not fixed a thing,” said Mr Borsak.

“They even tried to shut down the greyhound racing industry because the Liberal premier thought that the participants were cruel and despicable and that they had lost their ‘social licence’, a term invented for the purpose.

“The politics practised by the Nationals, as we have seen recently by their leader John Barilaro, talk a big game, make plenty of promises, but when it comes to action, they achieve nothing.

“Their Liberal masters won't allow anything to happen that doesn't serve the interests of the woke left-green agenda in the leafy northern and eastern suburbs of Sydney,” said Mr Borsak.

At the state election in March 2019, the Nationals made more promises. Including one to legislate for the appointment of an independent agriculture commissioner.

They touted that the agriculture industry could become Australia's next $100 billion industry by 2030.

To date, the government has not implemented its promise. However, it has taken steps to improve the building industry with the appointment of a building commissioner.

"It's about time the Nationals pulled their finger out and got behind the bush and fulfilled their promises.

"A legislated and independent agriculture commissioner will act as a champion for the bush, especially in the areas of planning, environment, funding, competition, infrastructure and energy," said Mr Borsak.

Mr Borsak said the role should be supported by an independent commission that works alongside the Department of Primary Industry, ensuring representation for the bush.

"The commissioner should work across government to ensure that farmers interests are advanced, and rights protected.” Mr Borsak said.

Mr Borsak said the years of the National Party playing games with the bush need to end.

"The short-changing of funding, the diversion of promised funds to city-based alternatives, like the $1.5 billion Power House Museum vanity project, need to be balanced with essential real funding growth needs of the bush," said Mr Borsak.

The Shooters Fishers and Farmers Party will campaign to achieve the following for the bush;

"NSW needs this independent voice for the bush if it is to grow and prosper.

"The National Party need to become part of the solution, rather than the problem they have been for farmers and bush communities.

"The same old business as usual approach from the Nats in bush communities isn't acceptable any longer, " Mr Borsak said.

The Shooters Fishers and Farmers Party will work to ensure that an agriculture commissioner is appointed who stands up as an independent voice for NSW farming communities.

We call on the Minister for Agriculture, Adam Marshall to immediately bring the necessary legislation to Parliament.

SFF will guarantee passage through both Houses of Parliament.