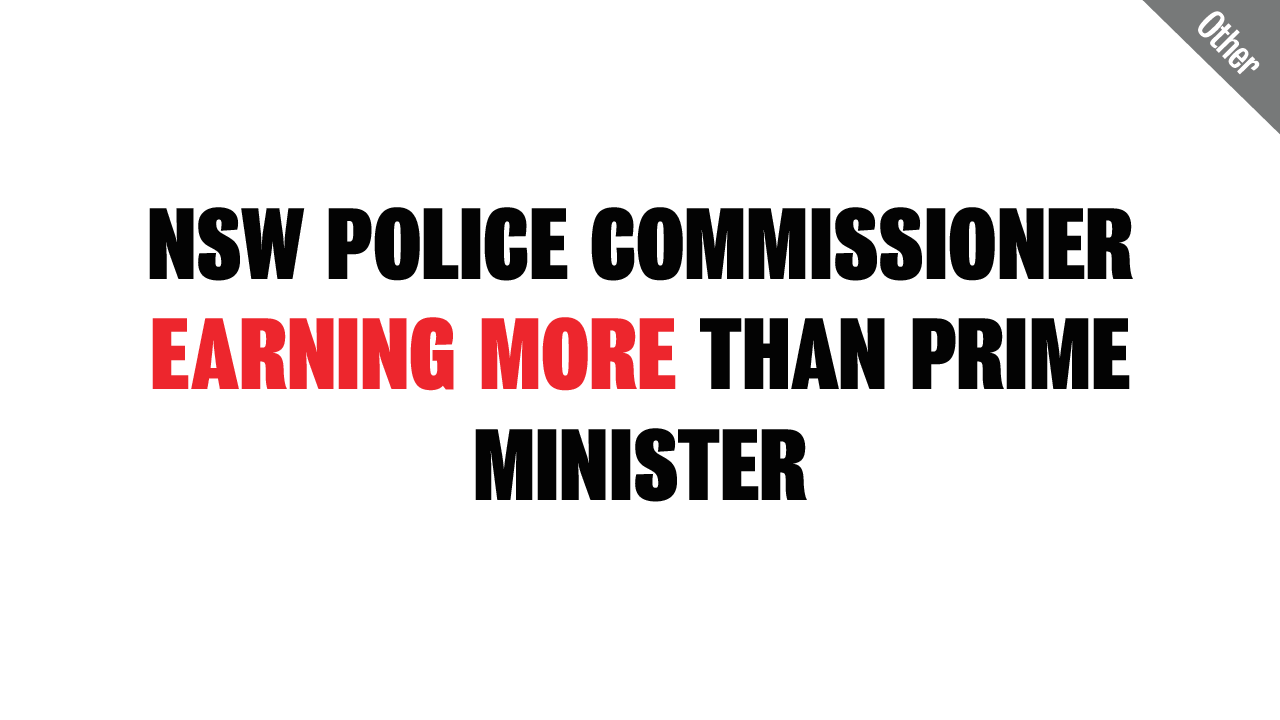 Former police officer and Deputy Leader of the Shooters Fishers and Farmers Party Phil Donato MP today, Friday 8th May 2020, was scathing of the Berejikilian Barilaro Government for recent support and awarding of a substantial pay rise to the NSW Police Commissioner while hundreds of thousands of people are now out of work and without income.

“The fat cat bureaucrats and senior executives have it pretty cushy and are paid very well for what they do, but now everyone needs to tighten their belts and help with the lifting in the wake of the COVID-19 pandemic” said Mr Donato.

“It beggars belief that while there are now hundreds of thousands of people out of work and without income as a result of government restrictions imposed to combat the pandemic that the same government would approve a significant and unwarranted pay rise for NSW Police Commissioner Mick Fuller.

“Yesterday it was reported that the NSW Remuneration Tribunal had approved the pay rise to the Commissioner’s already half million dollar annual salary so that he will now be paid $649,500 per annum. Responsibility cannot be a justification, because the Commissioner has no more responsibility than our Prime Minister yet he will now be paid $100,000 more than our nation’s leader!

“Last month my colleague The Hon. Robert Borsak called for a wage freeze for all politicians, bureaucrats and senior executives because they’re already well paid and now need to show leadership and solidarity with a community suffering in this health and financial crisis.”

“Since then we have heard whispers that the government will introduce a statewide wage freeze for our frontline nurses, police and emergency service workers who the same government have until now been happy to have exposed to the daily threat of the coronavirus while they sit safe and sound in their bunkers and barking orders.

“So what better way for the Premier to avoid a wage freeze for her bureaucrat mates than to support them getting a big fat pay rise just her government announces a pay freeze to the frontline who they clearly see as the plebs.

“This proves the Premier and her Liberal National Government are completely out of touch and that they only care about the top end of town. We shouldn’t put up with this, it’s not the Aussie way and we need to look after those who are doing it tough financially, not those fat cats who are already on a good wicket.” Mr Donato said.