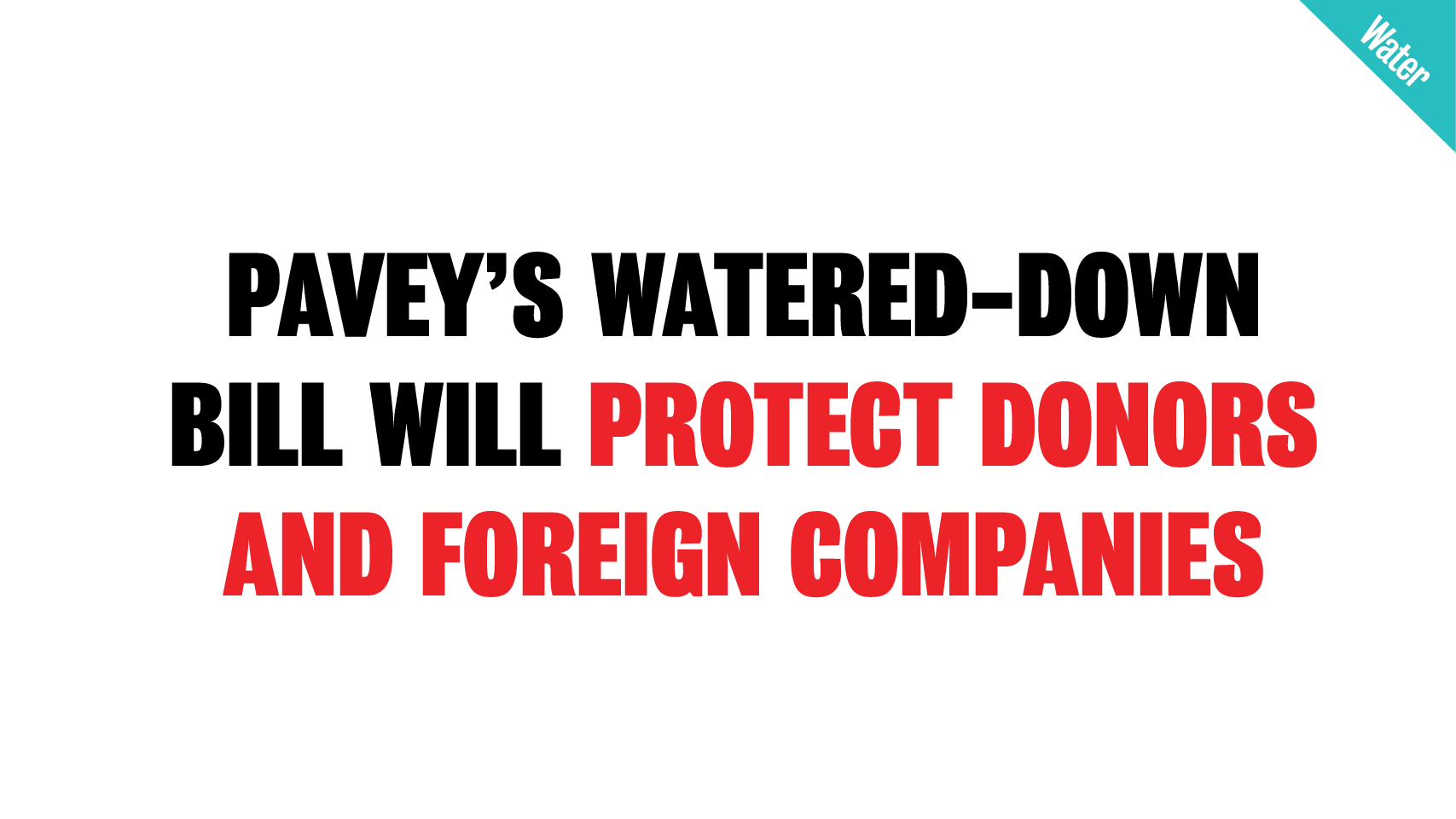 “After nine years of allowing politicians and corporations to secretly own water, the NSW Government are finally doing something.

“Last year, I introduced a bill to force politicians to declare their water, as well as creating a register of all individuals and corporations who own water”

“The NSW Government delayed it until it expired”

“Perhaps their delays gave MPs the chance to sell their water, so they’re now ready for some transparency,”

“On Tuesday, I tried to re-introduce my bill. The Government wouldn’t let me, using Covid-19 restrictions to stop me from entering parliament, on the same day, Minister Pavey tabled her bill”.

“The NSW Government is being secretive, as usual.”

“Does the bill cover retrospective water ownership? Does it cover the spouses of politicians? I’m betting it probably doesn’t”

“The Bill’s title suggests it does nothing about foreign or domestic companies that own water,”

“We need a register for them too. They donate to political parties. If they own water, the public have a right to know.”

“Why are the Nationals still protecting them?”

Mrs Dalton said her colleague Mark Banasiak will progress her bill in the Upper House on Wednesday, when he will do the second reading speech.

“There are less Nationals in the Upper House to block it. That’s why we are progressing my bill in that house of parliament too. My bill is vital and comprehensive”.