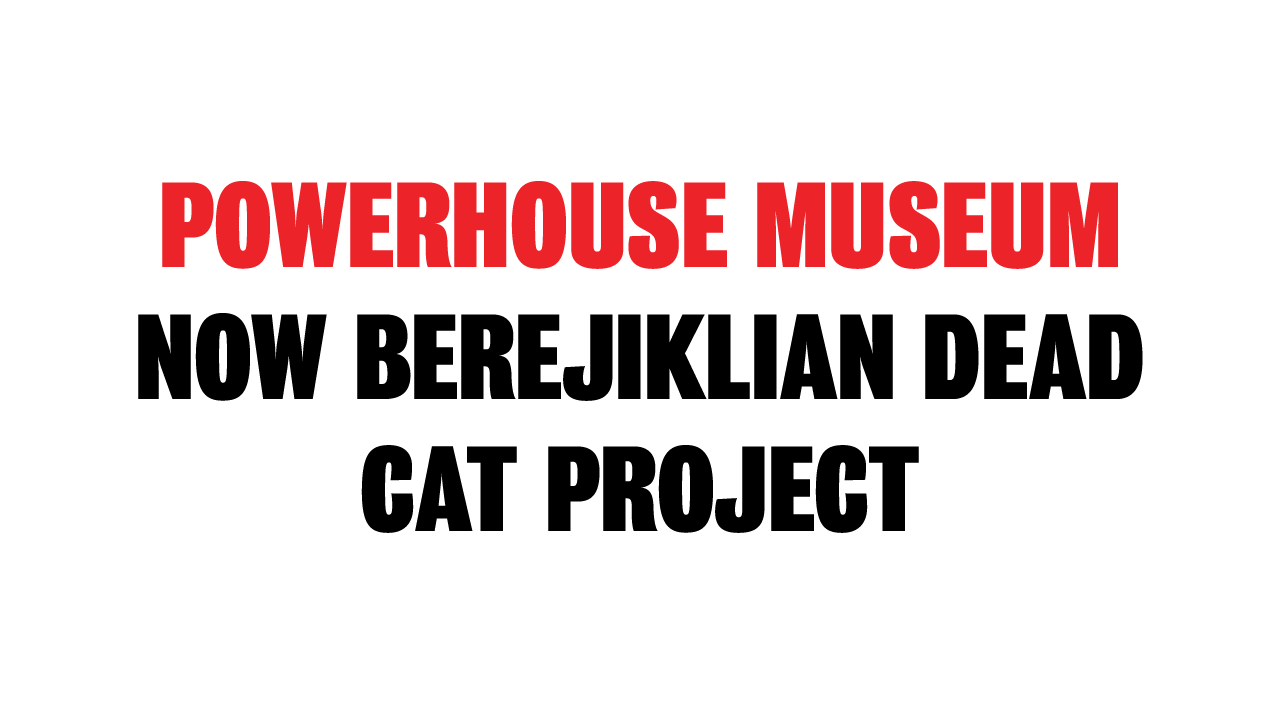 Just when we thought that the opportune resignation of the Arts Minister Don Harwin, may have resulted in some sanity being brought into the Powerhouse project, it only gets worse. Now the Premier of New South Wales Gladys Berejiklian is taking over as Arts Minister.

Given the disaster that has hit our community with the Covid-19 virus, the cost to the economy and the Arts community in NSW, one would think that perhaps sanity would prevail, and the government dump this vanity project?

But no, it seems not.

“It seems that now that the Premier has the hot potato it’s about jobs and now an infrastructure project, not even Barilaro calls it that, his defence now has warmed like an old stale pie, with stiff deliverance from his previous position supporting the dumping of the project,” Robert Borsak said.

The Powerhouse vanity project, now re-badged as an infrastructure project has a cost benefit ratio of well below 1, based on heroic assumptions concerning unit developments on the old Ultimo site.

“The Premier fired Harwin (one of her key supporters, a friend and numbers man) reluctantly, now it’s time to dump his ill-fated vanity project. “The government if it was fair dinkum would be better placed to put the $1.5 billion spend into real economic projects and support of farmers and rural communities.

“There are a number of ways this money could be better spent in the bush; buying water for drought-stricken farmers; a resowing and restocking grant to assist farmers to get back into production; providing direct and indirect jobs at a time where regional NSW desperately needs it. But instead, these same communities have to listen to the charade that is the Nationals song and dance act.

“We need projects that are going to drive jobs and food security, especially in the bush where they are owed over $1.0 billion in promised back payments for past promises not kept.

Questions are being asked at every level, all over the state about why $1.5 billion should be spent moving the Powerhouse museum to a risky location, with a poorly designed “milk crate on stilts” that will not even have a ground floor exhibition space or underground parking, when better alternatives have been discussed for years.

“The Premier now as the Arts Minister can front the Upper House Select Committee into the Powerhouse move and explain the inadequate nomination to the State Heritage Register at the Ultimo site, the demolition of heritage buildings at Parramatta, the faulty consultation process that exploits the current inability to hold public meetings and much much more.

“The scandal that has plagued this project from its very beginning, that has helped hound an arrogant Don Harwin out of office, will now be placed gently like a dead rotting cat around the neck of the Premier. Can she survive its stink?

“The money can and should be used better elsewhere in the NSW economy. Vanity has no place in a post Covid-19 world, especially vanity money spent in Sydney, when the bush is screaming for help and support,” Mr Borsak said.