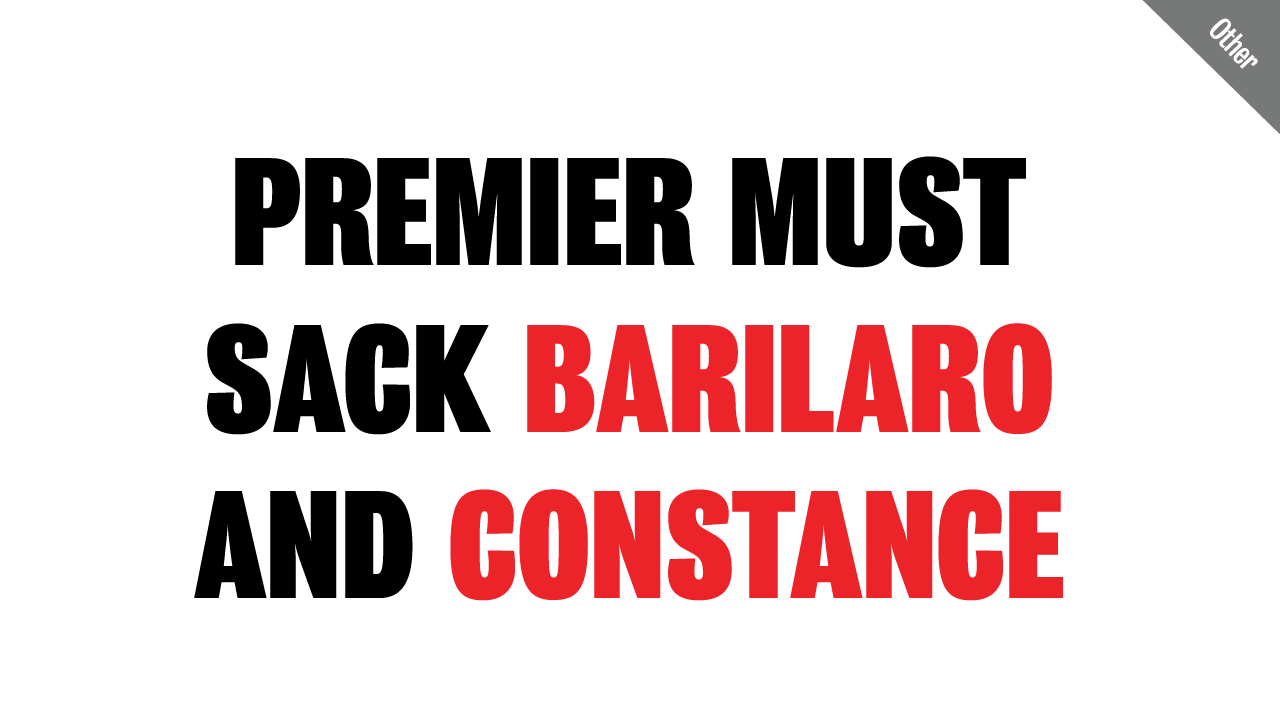 Premier Must Sack Barilaro and Constance

The events surrounding the on again off preselection tussle between Deputy Premier John Barilaro and Transport Minister Andrew Constance regarding the Eden-Monaro byelection is in a word a disgraceful circus according to leader of the Shooters Fishers and Farmers party Robert Borsak.

"Where is the leadership from the Premier Berejiklian, who has allowed this slow-motion train wreck to occur, what are the citizens of NSW to expect from the egos on display here?” Mr Borsak said.

As the state is in the grips of a Covid-19 pandemic, after enduring drought, bushfires and now disease Mr Borsak said all we are seeing are two of the premier's most senior ministers preoccupied with their vanity, ego and self-promotion projects.

"Both don't seem at all concerned with the plight of their electorates, Barilaro lashing out calling his state and federal colleagues names and generally throwing insults and swearing publicly.

Mr Borsak has said both must be sacked and moved to the backbench.

"They need to be told to spend some time in the real world of deprivation their constituents are suffering in, especially as both live in regional/bush electorates.

"Constance must get back to working for his bushfire ravaged electorate and get them the helping hand they have needed since the summer.

"Barilaro needs to think about his family. If indeed it is all about them. That family must now also include the families of his seat of Monaro.

"You couldn't write a black comedy script for the events surrounding the last three days if it weren't so tragic it would be laughable.

"While these two play political games at the expense of the public, we start to hear about the culpability of the Minister for Health and his department in daily evidence of incompetence in the Walker Inquiry into the Ruby Princess tragedy.

"These two senior government ministers are simply out of control, and a weak premier has no ability or authority to bring them back into line.

"If the premier hasn't the guts to sack them then they must resign, their positions in the government are untenable, acting like naughty school children in this government can no longer be ignored or rewarded through lack of leadership or otherwise inaction.

"It’s past time the kids stopped playing on the streets of Eden-Monaro and the premier acted decisively and showed leadership and sacked them both… now," said Mr Borsak.