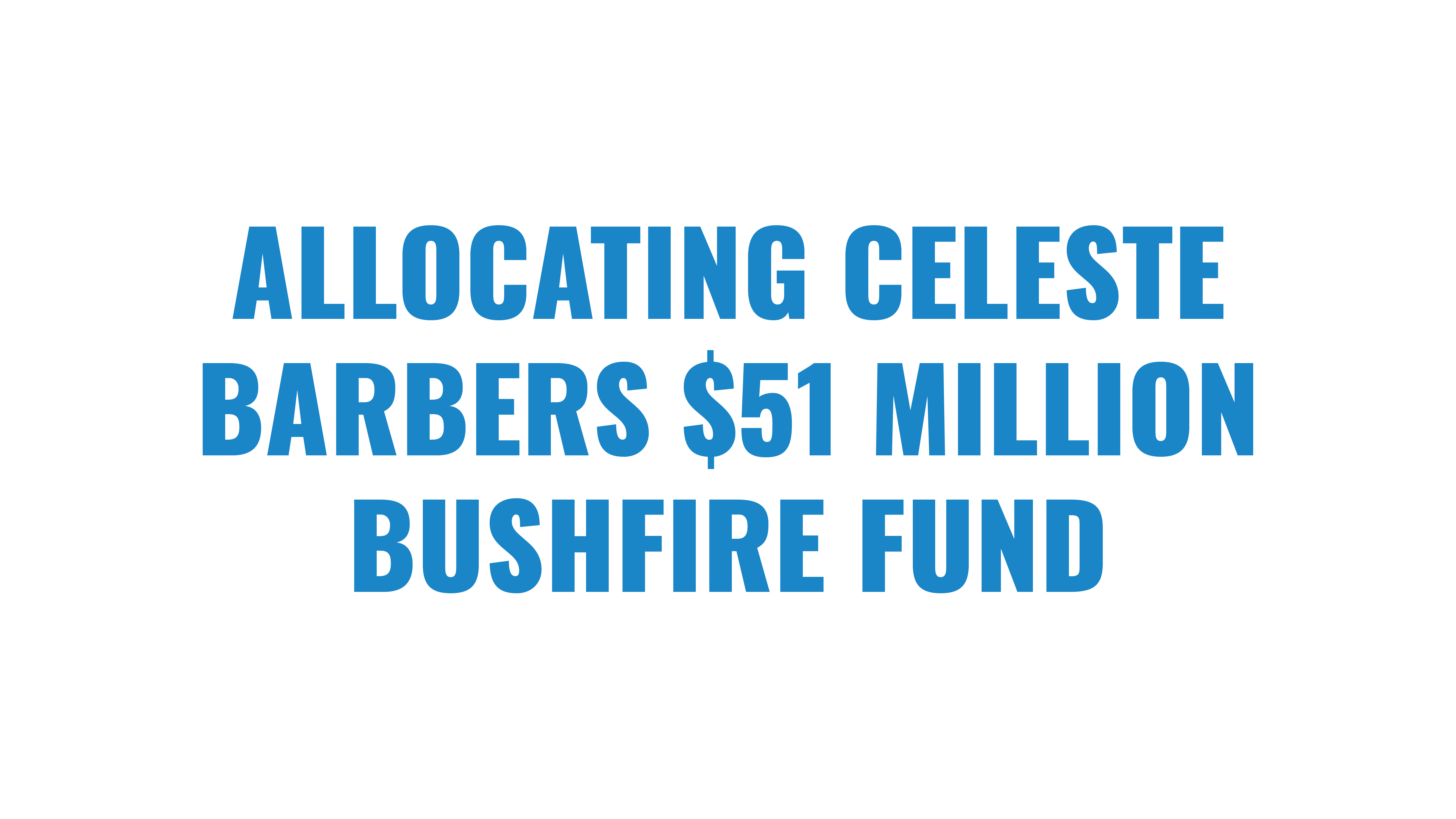 REPORT TABLED ON THE ALLOCATION OF CELESTE BARBER'S $51 MILLION FUND

The parliamentary committee examining the allocation of the $51 million that was donated to the NSW Rural Fire Service and Brigades Donations Fund by the charitable fundraising appeal established by Ms Celeste Barber tabled its report on Friday, making three recommendations.

Chair of the committee, the Hon Robert Borsak MLC, said: 'Millions of people from around the world generously donated to Ms Barber's fund to help those individuals and communities in need. However, the limitations of the Fund and a Supreme Court decision has meant the money could not be allocated as some would have intended. The committee heard that the Trustees do in fact have the ability to set up or contribute to a fund to support rural firefighters injured while firefighting or the families of rural firefighters killed while firefighting. However, it seems funds have not yet been allocated to this cause.'

Finally, the committee recommended that the Legislative Council proceed to debate the Rural Fires Amendment (NSW RFS and Brigades Donations Fund) Bill 2020, which aims to ensure that the $51 million raised by Ms Barber can be directed to the individuals, communities and injured wildlife affected by the bush fires.

Mr Borsak concluded: 'We want to see the majority of the money allocated to what Ms Barber and her supporters intended. It is crucial that this occurs, especially when many people impacted by the bushfires are still living in tents in the middle of winter, with no support'.