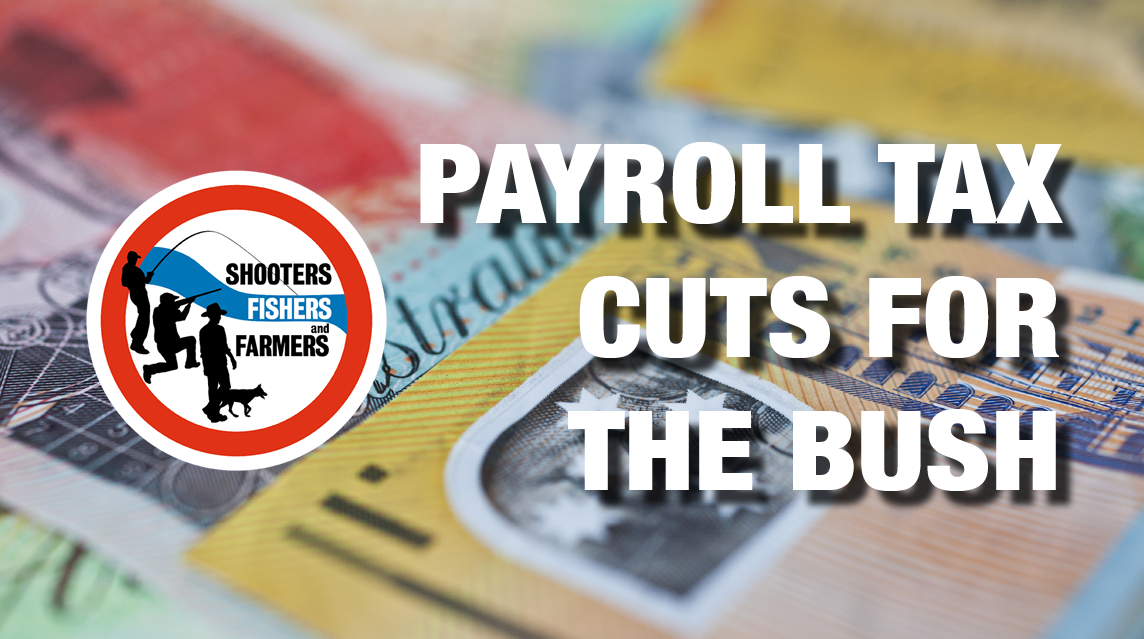 We're calling for payroll tax to be completely cut for rural businesses in the next state budget. 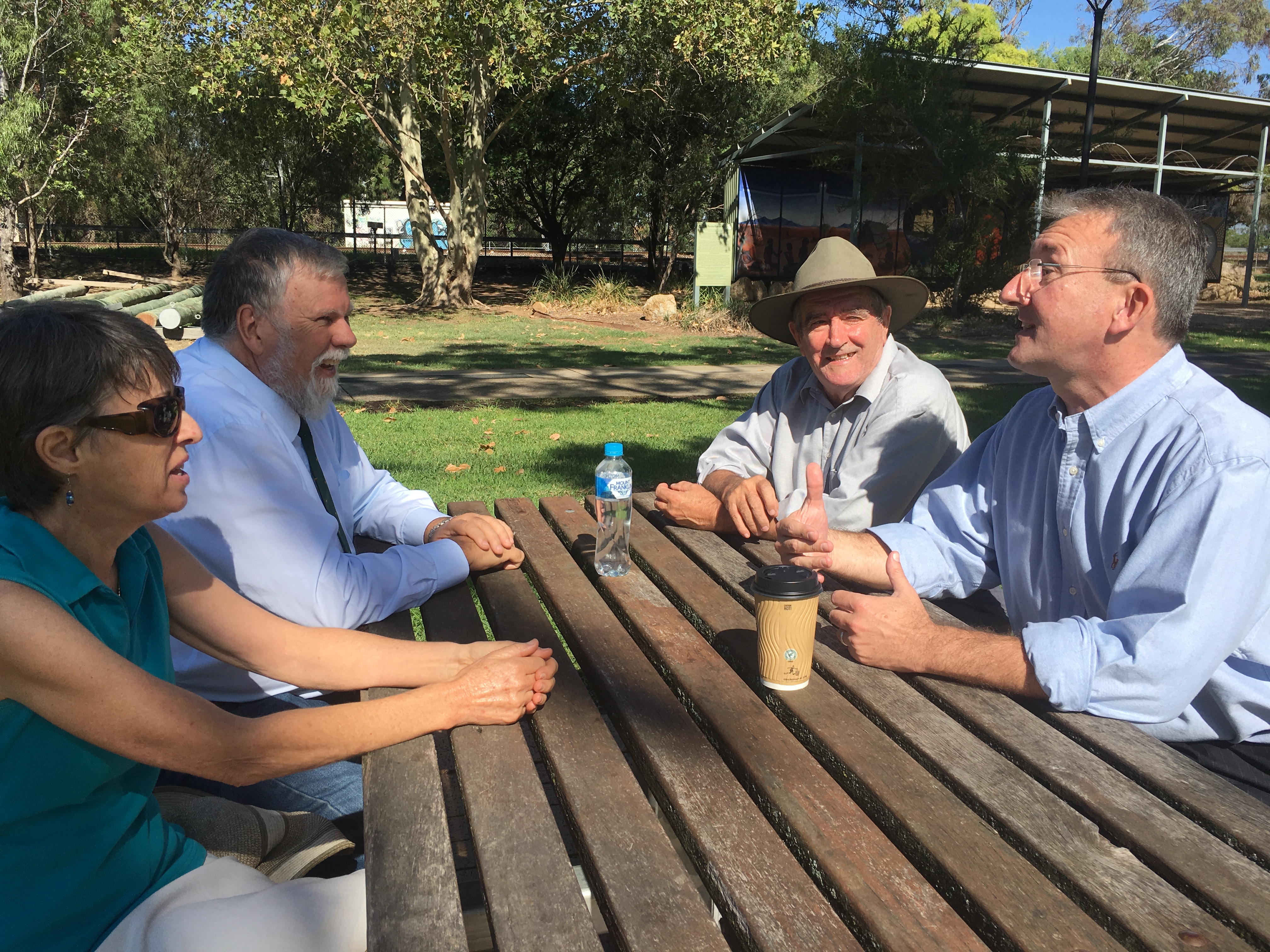 Shooters Fishers and Farmers Party candidate John Preston today announced the start of his campaign for the Upper Hunter electorate in the 2019 state election with the introduction of a payroll tax exemption policy by his party.

“When the National Party and Liberal Party Government came into power in 2011, they said that New South Wales is open for business,” Mr Preston said in Muswellbrook.

“Unfortunately for the bush, what they really meant is ‘Sydney is open for business’. All the benefits have gone to the city at the expense of rural areas.

“We want payroll tax to be cut to zero for all rural areas outside Newcastle, Sydney, and Wollongong.

“Cutting payroll tax will encourage businesses to set up shop in rural areas, and give those already in the bush the boost they deserve.

“We estimate that this will cost $120 million per year, and is a drop in the ocean compared to the $4.1 billion windfall that New South Wales just received for handing-over the Snowy Hydro scheme to the Federal Government.” 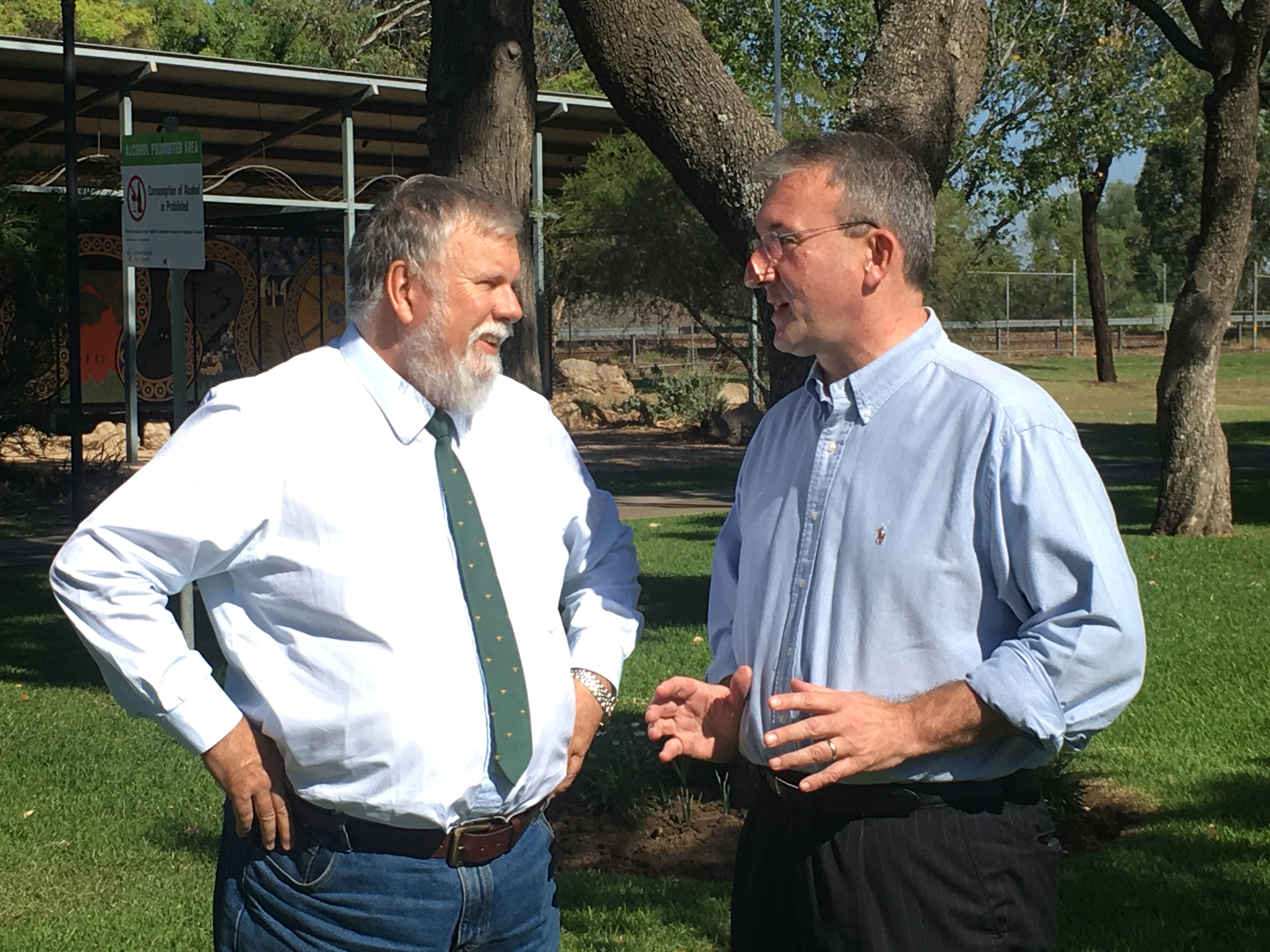 Shooters Fishers and Farmers Party MLC Robert Brown called on the National Party to have his party’s payroll tax exemption included in the upcoming state budget.

“Anything less than a payroll tax cut for all rural areas in this year’s budget will be another failure by the National Party to stand up for regional New South Wales,” Mr Brown said.

"Cutting payroll tax for the bush will encourage investment outside of the major coastal cities, boost employment, and ensure that our state is a step closer to being truly decentralised.

Payroll tax in New South Wales is levied on employers with payrolls exceeding $750,000 at a flat rate of 5.45 per cent.

The areas covered by this payroll tax exemption will be defined by rural Local Government Areas outside Newcastle, Sydney and Wollongong.

How this will affect rural businesses:

A small accounting practice with a payroll of $1,000,000 dollars (about eight to ten employees) will save nearly $18,884 a year. They can think about hiring a part timer or trainee.

A medium size engineering firm with 50 staff and a payroll of $4,250,000 will save over a $250,000 per annum and can think about avoiding redundancies through an industry downturn and have time to reorganise and pursue other opportunities.

A seasonal employer in agriculture with seasonal conditions, permanent and casual staff with a $2,000,000 payroll can stay out of the payroll tax system completely, cut red tape, be able to attract they staff it needs by paying extra and save nearly $100,000 a year.