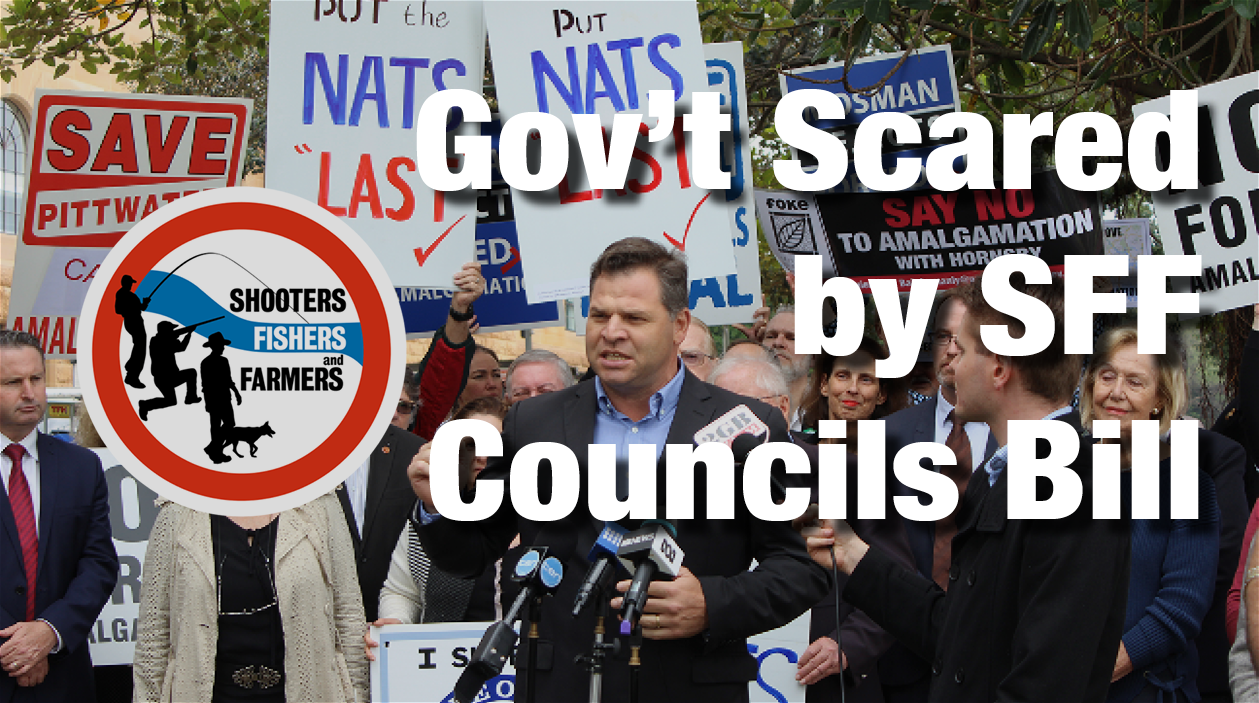 The only reason the New South Wales Government is backing down on Council amalgamations is because a bill from Philip Donato is due for debate next Thursday.

Shooters Fishers and Farmers Party Member for Orange Philip Donato warned that minor concessions on forced Council amalgamations are only happening ahead of his bill introducing referendums on these, due for debate next Thursday.

"John Barilaro and Gladys Berejiklian are only stepping back from some forced Council amalgamations that are being challenged in the courts, but what about the rest?

"What about the Councils who haven't been able to mount a legal challenge?

"Most importantly, what about the local communities who clearly didn't want a Council merger, but had it forced on them anyway? This includes John Barilaro's own electorate.

"The only reason the New South Wales Government is even considering this back-down is because of the Shooters Fishers and Farmers Party bill due for debate in the Legislative Assembly next Thursday.

"Our bill will force the Premier and Deputy Premier to clearly show where they stand on Council amalgamations.

"I call on them both do declare their position now, with no ifs or buts: do you support giving local communities a vote on the future of their Councils, or will you continue to run roughshod over what people actually want.

"Like always, the National Party are quiet on this issue. That's because they're just doing what they always do - whatever the Liberal Party tells them to do."

More information about the Shooters Fishers and Farmers Party bill is here: