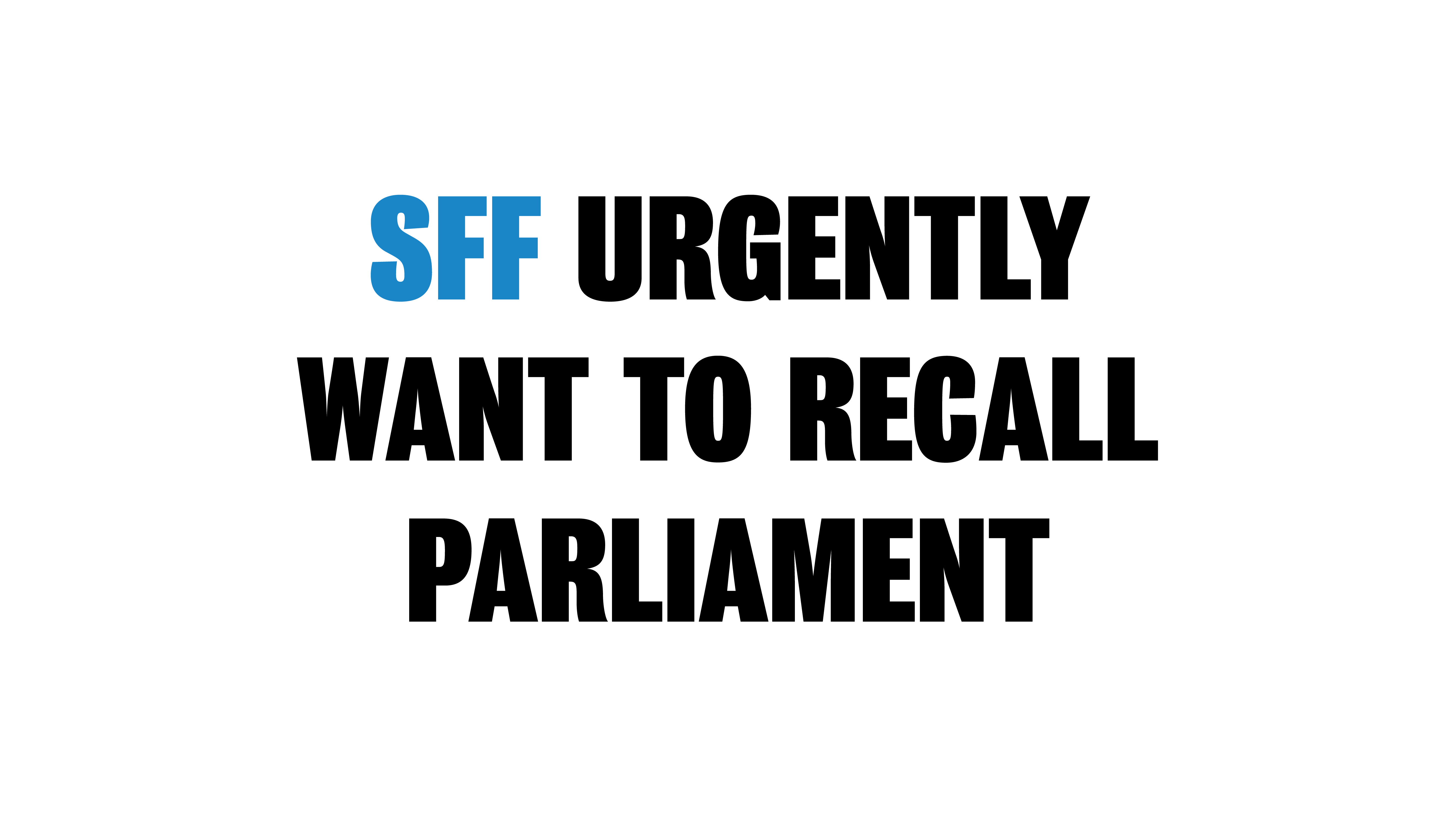 Governments need to be held to account, that is a standing principle in our Parliamentary system.

Holding a Government to account is the role of the Parliament, especially the Legislative Council.

The Shooters Fishers and Farmers Party Parliamentary Members represent some of the most disadvantaged communities in New South Wales who are at considerable health risk due to Covid-19.

Added to the health issues for these communities, are current problems in the supply of food. This comes on top of 18 months of drought and subsequent water supply insecurity, and on the back of the worst bushfires experienced in recent history.

The SFF believe Parliament should be urgently recalled within the next fortnight.

The Covid-19 pandemic is a crisis that requires a nimble, well thought out and strong response.

The SFF have sent a letter of request urging the Government to resume sitting immediately, and open letters asking the Opposition and crossbench to support us in our call to the Government.

There are important questions to be asked, and the Government should be held to account over the answers they give, and the decisions they are making during these uncertain times.

Rural and remote communities have urgent questions that cannot be heard in Parliament at this time because of its closure. These questions are what alert our Parliamentarians of urgent issues, and what should inform policy decisions.

The ad hoc policy that is now made on the run, and subject to change every hour, is not undergoing the correct process that legislation would normally undergo.

Crucial decisions are being made on health, our economy, and our social life without proper scrutiny.

Now we are seeing an increase in police powers, and police using these powers forcefully, invasively, and often in contradictory ways. Two people cannot passively exercise in a park without being asked to move on, yet supermarket hoarding goes on unpoliced.

When a Government is not scrutinised, an alternate agenda is able to operate, an agenda that involves the blatant breach of people’s privacy, like the alleged collaboration by Government with Telcos and their illegal tracking of people, without justifiable cause, and absent of isolation breaches.

Our civil liberties are being systematically degraded without a single question being raised in Parliament.

Crucial decisions need to be made in education; in the delivery of health care services; and regarding business, the economy and employment.

Yet the only clear decisions made by this Government is the establishment of another two agencies.

The Shooters Fishers and Farmers Party is highlighting the need for equally strong and well thought out scrutiny of Government decisions, and its need for accountability to the citizens of New South Wales.

A return of Parliament would also allow the resumption of the vitally important Public Accountability Committee whose function would include essential review of critical decisions relating to the COVID-19 pandemic.

The Government and Parliamentarians are servants of the people. It is not the other way around.

The Government needs to deal more respectfully and transparently with its citizens, particularly as the necessary restriction of people's rights endures over coming months.

Covid-19 is challenging the very foundations of everything that is so important and so sacred to people in this country. We must ensure that it does not confine and limit our democratic institutions and the role of Parliament to scrutinise decision making.

We live in a democracy, not in a one party system or under dictatorship, time to open up for scrutiny and work together with transparency.