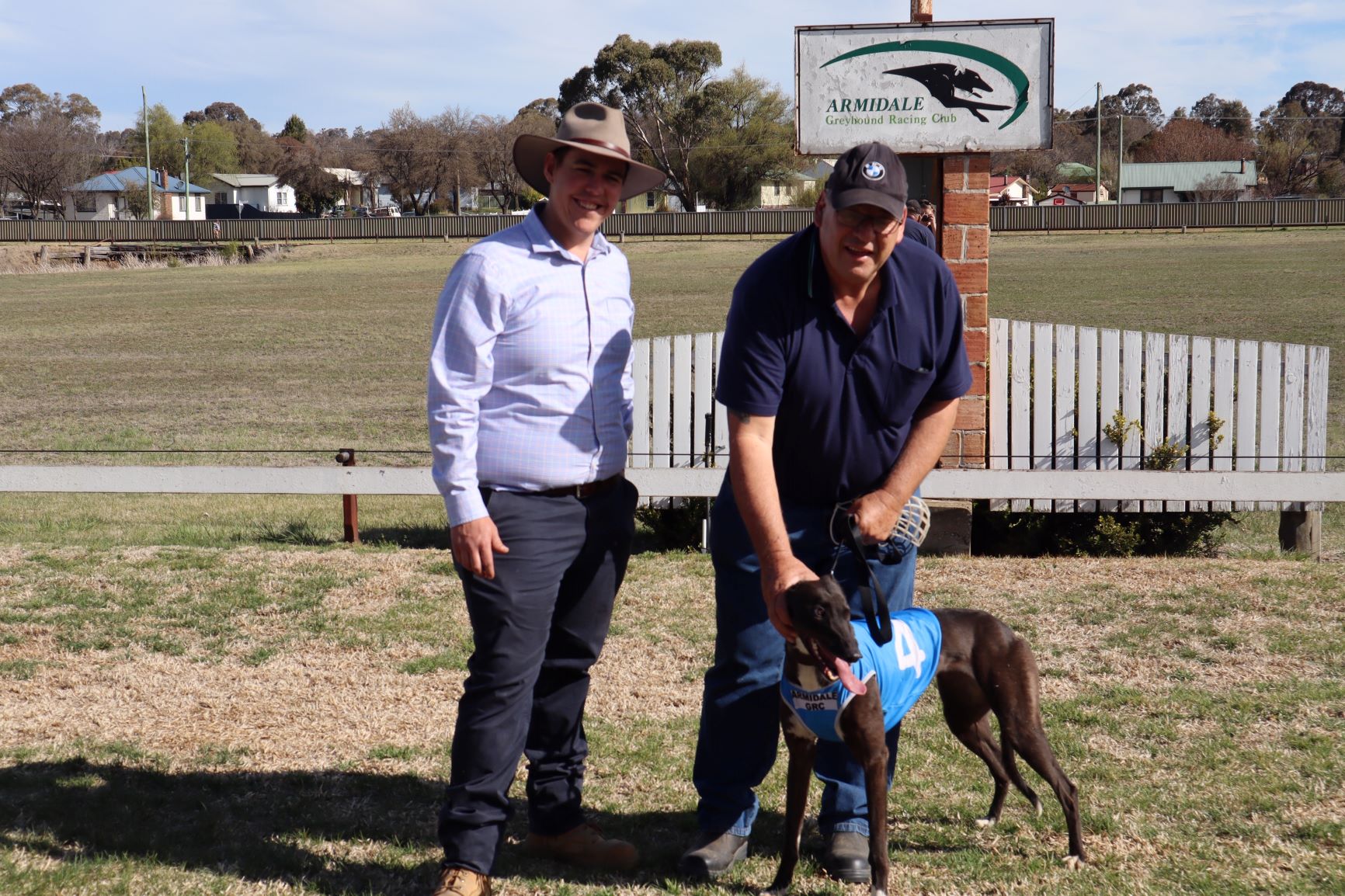 The indefinite closure of Greyhound racing tracks in Armidale and Tamworth this week shows the NSW Government is imposing a Greyhound ban by stealth, says the Shooters, Fishers and Farmers Party.

Greyhound Racing NSW shut down the Armidale track on Wednesday to allow for remedial work. On Tuesday, Tamworth track was closed due to safety concerns. Gunnedah track has been closed since February for the same reasons.

“What’s happening is the NSW Government is refusing to fund track maintenance and upgrades. So the tracks deteriorate, create safety problems and get shut down,” Northern Tablelands SFF candidate Rayne Single said.

“The Liberals and Nationals are too scared to impose an outright ban on Greyhound racing again. So they’re going to just kill the industry in another way”.

“The closest track to Tamworth and Armidale is in Maitland, which is a four-hour drive away,”

“A lot of older people who have been in the industry for years just can’t afford to make that journey.”

“The greyhound participants in this area have now been left high and dry with no racing... and nowhere to even trial and condition their greyhounds.”

Mr Atkins was critical of the NSW Government.

“They get millions in revenue from the industry. But they’re not investing it back into the tracks… there’s been terrible management and administration,” he said.

Rayne Single, who regularly attends races in Armidale, said this is a major kick in the guts for Greyhound racing.

“We know the Sydney Liberals and Nationals hate this industry. I get that. But there’s so many people around here who depend on it.”

“This back door attempt to shut down the industry is disgraceful. We don’t even have any word or when the tracks in Armidale, Tamworth and Gunnedah may be re-open again”.