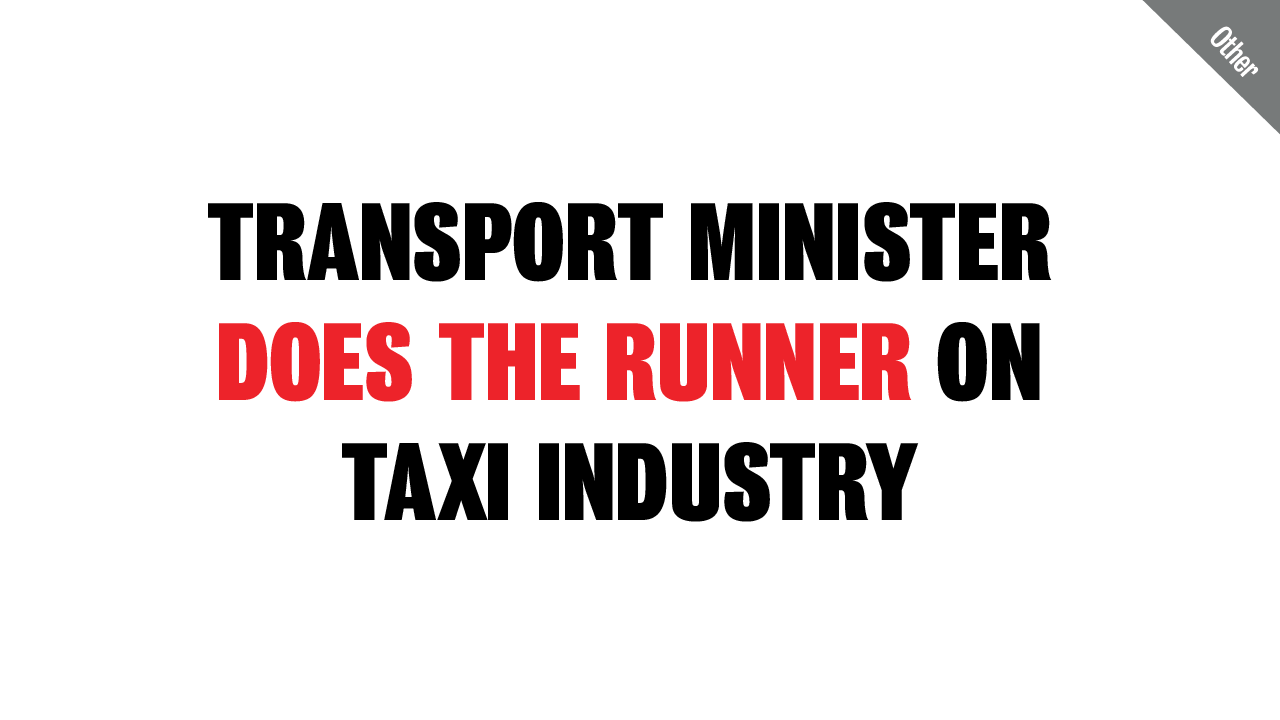 Transport Minister Does the Runner on Taxi Industry

Minister for Transport Andrew Constance is asleep at the wheel when it comes to the taxi industry.

“The plight that faces the taxi industry during the COVID-19 pandemic could end their existence ultimately, and the transport minister is nowhere to be seen,” said Mark Banasiak.

Under current regulations taxi drivers have to remain on the road or, turn their plates in and strip their cars.

“They are working under government pressure, and if lucky, they make $30 a day.

“This is why we have seen up to 50% of plates in Newcastle and Wollongong handed back to the RMS in the last few weeks.

“One plate owner I spoke to receives her monthly rental income from renting out those plates to drivers. The rental price has now dropped to $1.10 per plate, so her monthly income is now $6.63 per month.

“Taxi drivers have already seen the value of their plates, which many purchased as a way of providing themselves with superannuation, plummet from up to $400,000+ to be worth less than a few thousand now due to reform of 2017.

“The reality is, this government, including the former transport minister and now Premier, have ignored the dire state of the industry, particularly since Mike Baird declared rideshare legal.

“He allowed them to operate illegally in NSW for up to 18 months, and an unequal working environment was established.

The regulations for taxi compliance are a list as long as your arm yet rideshare is exempt from most of the requirements, not to mention, safety regulations and the expensive green slip fees.

“The minister insists that taxis are different simply because they rank and hail. That is how they justify the unfair playing field, its ludricous” said Mr Banasiak.

A stand-alone stimulus package for the taxi industry and exemptions in the regulations, particularly those that force taxis to be on the road or their plates handed in.

“This would cost the government nothing but would mean that taxi owners could keep their vehicle and not have to worry about the expense of refitting it once the market returns to normal.

“Instead, the minister is sitting idly by while a significant part of his portfolio dies from COVID-19 related complications. In combination with the long-term illness of government negligence, this is diabolical for our taxi industry.

“Where is the taxi compensation fund that has been raised by the $1.10 passenger service levy?

“The minister needs to snap out of his microsleep and implement real and fair change for the taxi industry before it is too late,” said Mr Banasiak.