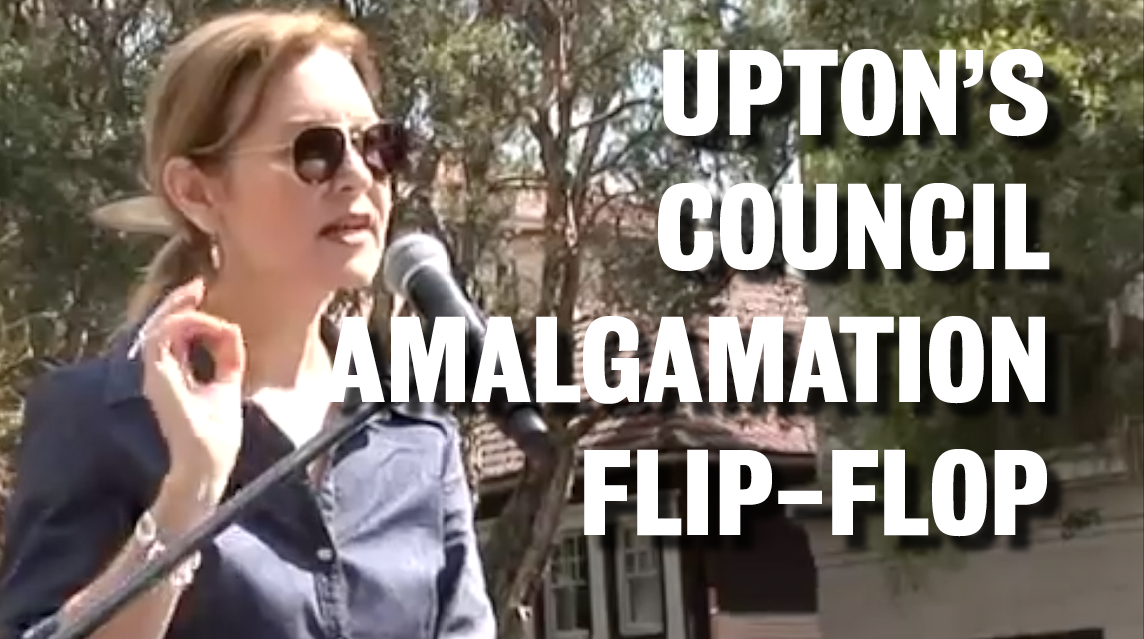 Local Government Minister Gabrielle Upton has one rule on Council amalgamations for the city elites, and another rule for everybody else.

Shooters Fishers and Farmers Party MLC Robert Borsak fired back at the hypocrisy of Local Government Minister Gabrielle Upton after she filibustered to prevent his party’s bill to allow local referendums on Council mergers.

Video has emerged showing the Minister speaking at a rally in October 2015 opposing the forced amalgamation of Woollahra Municipal Council.

“The hypocrisy of Gabrielle Upton is typical of the New South Wales Liberal Party Government – one rule of the inner city elites, and another for everybody else,” Mr Borsak said.

“Minister Upton opposed the amalgamation of Woollahra Council, but is happy to prevent any other community opposing their own forced Council merger.

“Unfortunately for the rural Councils that have been forced to amalgamate against the will of local residents, the gutless National Party are unable and unwilling to stop it.

“On the other hand, as soon as Philip Donato was elected in the Orange By-Election, the amalgamation proposal for Orange, Cabonne and Blayney Councils magically disappeared.

“If they wanted, the Nationals could end this forced Council amalgamation issue by supporting our bill, the Local Government Amendment (Amalgamations Referendums) Bill. Instead, the Nationals are just doing what they always do – whatever the Liberal Party tells them to do.”